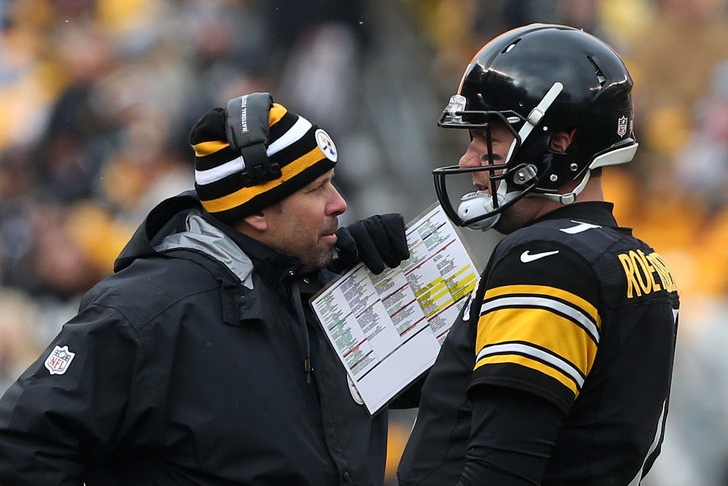 "I put the blame on Ben Roethlisberger. Todd Haley's not calling the plays...Ben is," Ward told NBC's ProFootballTalk.

The Steelers failed to reach the end zone until late in the fourth quarter in Sunday's 31-10 blowout loss to the Browns, and the pressure on Offensive Coordinator Todd Haley continues to build.

Pittsburgh is fourth in the NFL in total offensive yardage, but 23rd in points per game...and it's fairly clear that the Steelers' red zone scoring problems are to blame. The Steelers are converting on just 36.84% of their red zone opportunities, the second-worst percentage in the entire NFL.

Ward's comments are sure to rub plenty of fans the wrong way, but they aren't entirely without merit - Roethlisberger has taken on greater play-calling responsibilities this season. While Big Ben has been more involved, it's misleading to say he's calling 100% of the plays - Haley is still responsible for the majority of Pittsburgh's offensive decisions, and if he wasn't, that would be a damning condemnation of his abilities as a coordinator.

No matter where the blame ultimately lies, the Steelers have serious, urgent red zone issues that need to be addressed. A three game homestand should provide the opportunity to right the ship, but if it doesn't, and the Steelers are under .500 when their Week 12 bye week rolls around...well, let's just say it's much easier to fire your offensive coordinator than your quarterback.