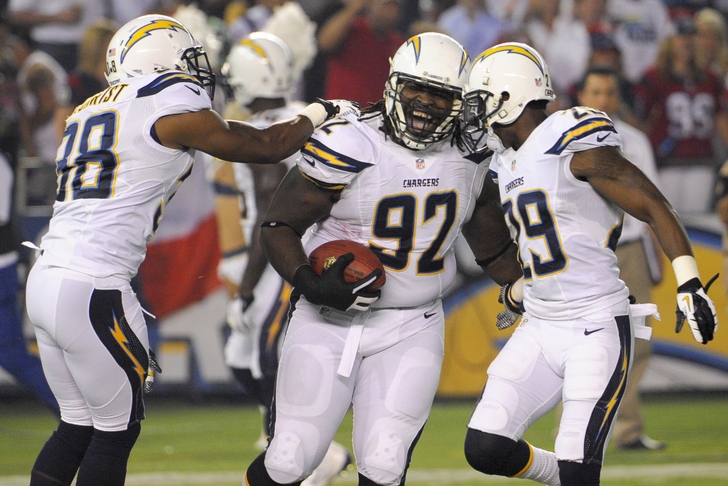 In Steelers news tonight, the Steelers may be looking to bulk up their defensive line.

According to Alan Robinson of the Pittsburgh Tribune-Review, the Pittsburgh Steelers will bring former San Diego Chargers nose tackle Cam Thomas in for a visit on Friday--

#Steelers bringing in 6-4, 330-pound nose tackle Cam Thomas of Chargers to visit Friday. If he's in middle, Steve McLendon could move to DE

While Cam Thomas is not a sack artist by trade or by position, his massive size and solid technique could help the Steelers' front seven tremendously--opening up holes for a pass rush which finished tied for 25th in the NFL last season in total sacks (34).

Thomas just finished the fourth year of his rookie contract with the Chargers, appearing in all 16 regular season contests (11 starts) for the Bolts.

The Steelers target had a career-year from a statistical standpoint, posting career-highs in tackles (20), passes defensed (2), and even picking up the first interception of his career.

Stay up-to-date on all the latest in Steelers news. Follow our Steelers team page today.