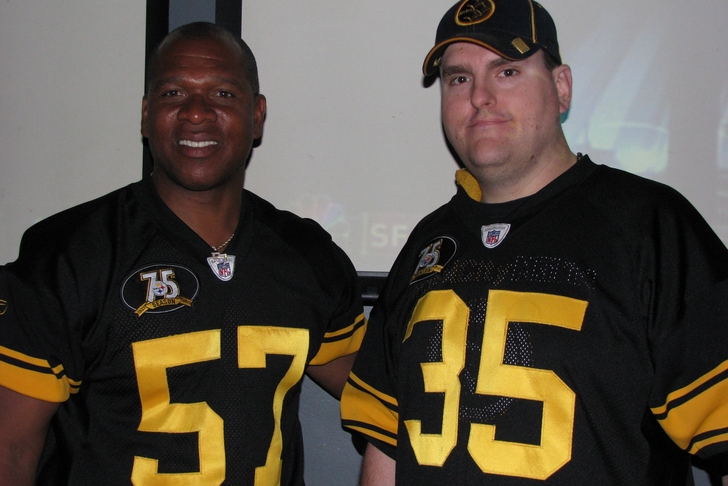 In Steelers news today, a former Pro Bowl linebacker for the Pittsburgh Steelers has reached the end of an arduous racial discrimination lawsuit.

According to the Associated Press, retired Pittsburgh Steelers lineback Mike Merriweather has settled a federal lawsuit against former employer Meadows Racetrack and Casino, which claimed that Merriweather had been terminated from his job in casino promotions due to being an African-American.

During the course of the litigation, Merriweather claimed that the all-white management of the casino had made improper remarks about his race such as claiming that he was a violent threat just because of the color of his skin.

Merriweather was hired on at the Meadows Racetrack and Casino as director of sports marketing, in hopes of attracting other former athletes to the Pittsburgh-area casino.

He was fired in January 2012 under dubious circumstances, and alleges that he has not being paid proper commissions since.

Both the casino spokesperson and Merriweather's lawyer declined comment, and no terms of the settlement have yet been disclosed.

If it's Steelers news you want, then Chat Sports is the place. Follow our Steelers team page today.