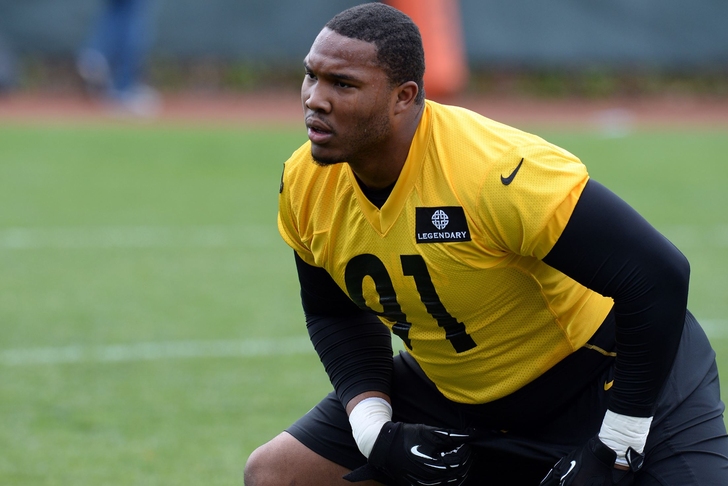 Can't get enough Steelers news? Be sure to download our 5-star iPhone app today!

The Pittsburgh Steelers received plenty of plaudits from NFL analysts when they drafted DE Stephon Tuitt out of Notre Dame in the second round of the 2014 NFL Draft.

Despite the fact that it has taken time for Tuitt to get up to NFL speed, ESPN.com's Scott Brown indicates that the Steelers are happy with where he is at in his maturation and growth process:

The second-round pick has just two unassisted tackles and has played limited snaps even though he was expected to make an immediate impact. The Steelers, however, are anything but unhappy with Tuitt. They know it takes time for a defensive end to develop in their system, and Tuitt has everything to excel at the position. Mark this down: the Tuitt pick will eventually go down as a steal for the Steelers.

Tuitt might be a year or two out from being a legitimate impact star, but the wait will likely be worth it.