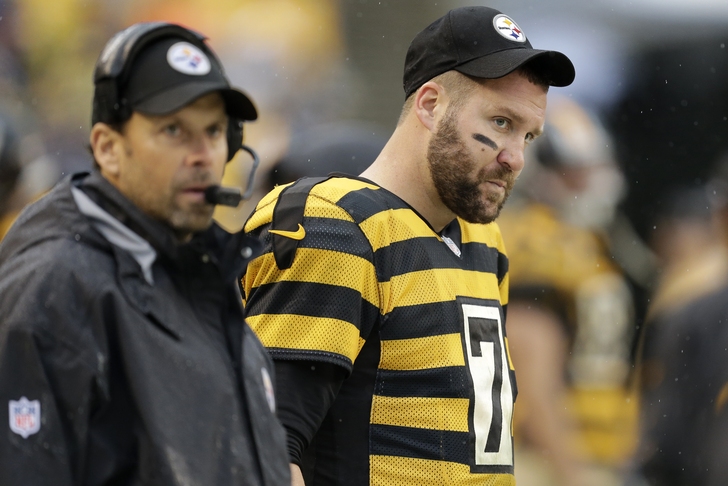 The Pittsburgh Steelers are part of a four-team logjam in the AFC North standings, joining the Cleveland Browns and Baltimore Ravens in sitting just a half-game behind the division-leading Cincinnati Bengals.

With all of the NFL's bye now taken and just five games left, Steelers starting quarterback Ben Roethlisberger knows just how critical Sunday's home game against the New Orleans Saints is to the team's playoff hopes.

"Anyone who's played this game will tell you this time of year it's must-win because if you get hot at the right time that's when teams make runs and championships can be had," Roethlisberger said Wednesday, via Scott Brown of ESPN.com. "It's all about playing your football this time of year."

Regardless of the team's 7-4 record, Roethlisberger doesn't see a whole lot of room for error going forward.

"We've got to put together a stretch of football like we've never played before," Roethlisberger said. "That's what we're preparing to do."