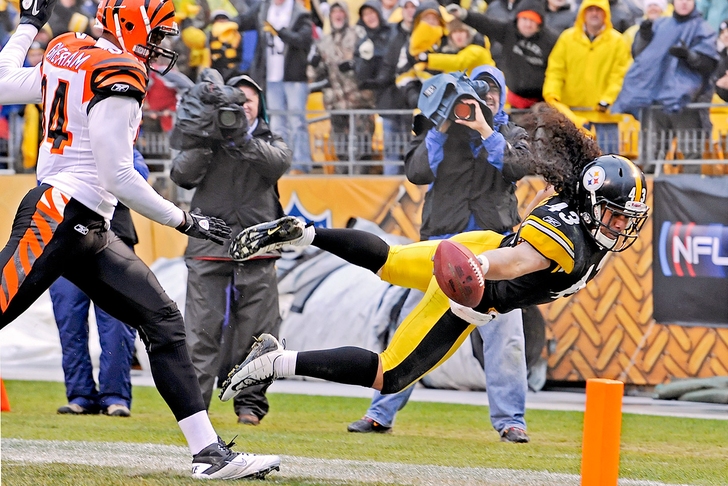 For all the latest Steelers news and schedule analysis, be sure to follow our Steelers team page.

The NFL schedule for next season has just been released, so here are the three biggest match-ups for the Pittsburgh Steelers heading into their 2014 schedule:

It can be argued that, when the Ravens squashed a Steelers comeback attempt in Baltimore last November, they also squashed the Pittsburgh Steelers' playoff hopes as well.

After starting 2-6, the Steelers were riding some midseason momentum into Baltimore. All of that came to a crashing halt when Emmanuel Sanders dropped a Roethlisberger dart late on a two-point conversion attempt, as the Steelers fell 22-20 and to 5-7 overall. Revenge will be on the docket in this vicious AFC North rivalry.

While Ben Roethlisberger is not nearly as fast as Cam Newton, Big Ben isn't a slouch either when it comes to creating something out of nothing on the run.

With both the Saints and Panthers on their 2014 schedule, the Pittsburgh Steelers will go toe-to-toe with arguably two of the toughest NFC title contenders around. If the Steelers can make a statement in Charlotte, then look out.

The Pittsburgh Steelers play host to the New Orleans Saints for their first regular-season showdown since a 20-10 Saints victory in New Orleans back on Halloween of 2010.

With the Steelers trying to turn last season's late season surge into bigger and better things in 2014, a home victory over the projected Super Bowl-contending Saints would be a very good way to cement that.