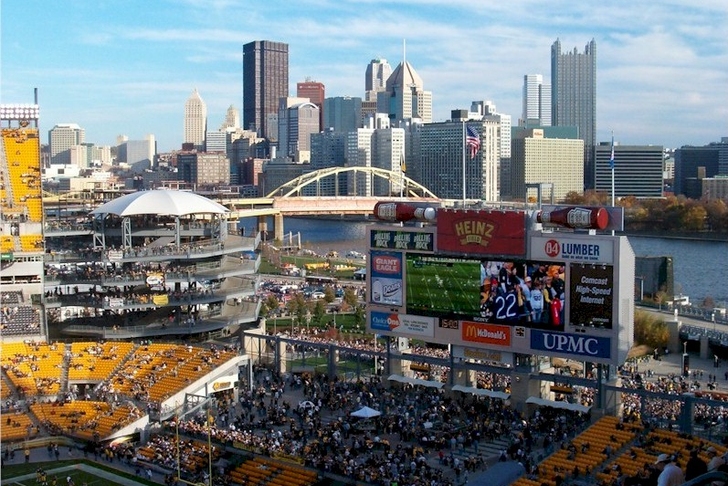 A Steelers fan is in hot water with his bosses and the law after drunkenly throwing crowd dividers at Sunday's game (one of which knocked a woman unconscious), then offering to bribe the officers arresting him.

Stephen Sapp of Glen Hazel, PA is an IRS employee who was asked to leave Sunday's game against the Baltimore Ravens for being drunk and disorderly. Security notified police that Sapp was refusing to leave, at which point Sapp started throwing crowd dividers in a "a dangerous, disorderly manner." One divider struck a woman in the side of the head, knocking her unconscious.

Sapp was then taken to a nearby hospital to be treated for cuts and scratches to his face, and then decided to try and bribe his way out.

“Listen, I know how this works,” Sapp told officers at the hospital. “How much money will it take to make this go away and to let me go home today?”

Officers told Sapp not to try to bribe them, since it would only make his situation worse.

“I can help you in other ways if you let me go home and make this go away,” Sapp persisted.

Sapp was eventually charged with felony bribery, improper influence, aggravated assault, defiant trespassing, reckless endangerment, resisting arrest, disorderly conduct and public drunkenness. An IRS spokeswoman told ESPN that Sapp is a furloughed employee and the charges could affect his status with the agency.