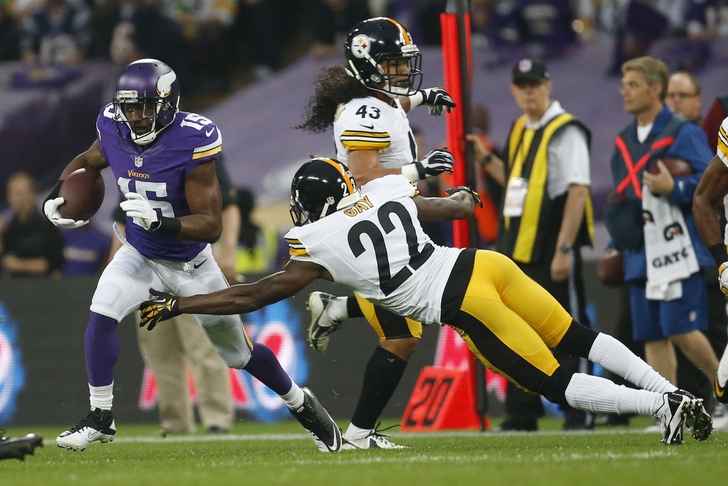 For the latest Steelers news and rumors, download our 5-star iPhone app today!

Per Ralph N. Paulk of TribLive.com, Gay agreed to become a spokesperson for the app because there wasn't a hotline to call or an app to use before his mother was murdered by her husband when he was seven years old.

"My mother didn't have any information about a group to get help,” Gay said. “In the society we grow up in, you keep it to yourself or think you can take care of it. It's a dangerous situation."

“The app is amazing because everyone uses a smart phone. If you're scared to talk to someone in your family you can download the app and ask a couple of questions, and it'll go straight to a hotline.”

Gay said that the app has already been used over 1,000 times in the past several months, including six 911 calls. The national app will be free of charge nationwide on November 1st.

Gay hopes that this app will help open up the conversation between players and the league about domestic violence.

“I'm glad we're talking about it from the top of the league to the bottom,” Gay said. “We're all aware and we're trying to do something about domestic violence. Our goal is always to broaden awareness.”