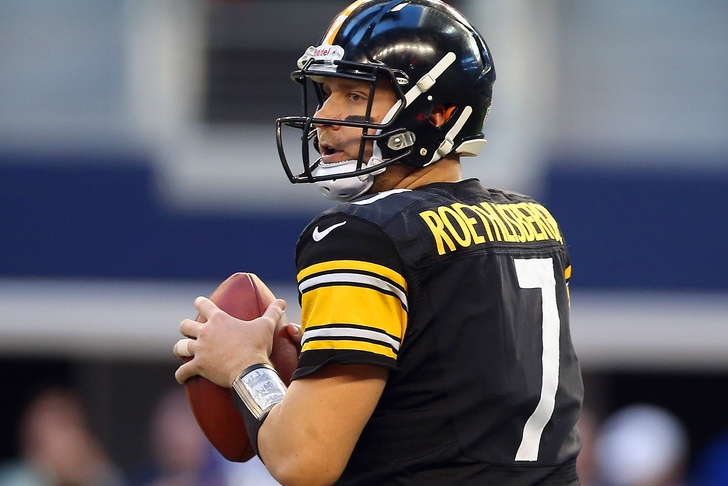 Pittsburgh Steelers quarterback Ben Roethlisberger's historic outing against the Indianapolis Colts last Sunday turned plenty of heads, including that of his own wide receiver, Antonio Brown.

"When he's in that zone," Steelers receiver Antonio Brown said, "it's absolutely special."

Roethlisberger established franchise records for passing yards (522), completions (40), and touchdown passes (6) in a game while becoming the first NFL quarterback with multiple game of 500 yards passing or more.

The rival Baltimore Ravens have seen the tape.

"Ben is a great quarterback. We respect Ben enough to not allow him to take over the game," said Ravens strong-side linebacker Courtney Upshaw, via the Baltimore Sun. "We just want to get after him and try to slow him down, but he's going to make plays."

Taking care of number seven is easier said than done, so don't be surprised if the Ravens are singing a different tune after Sunday's AFC North clash.