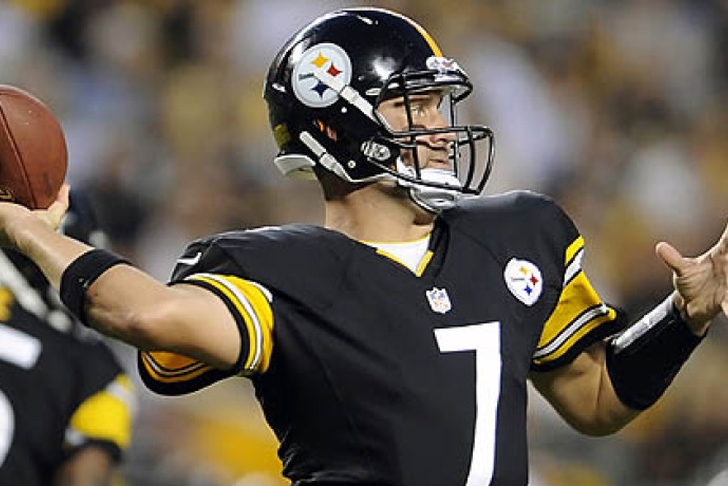 The reeling Pittsburgh Steelers travel to London this week, hoping to turn their season around against the Minnesota Vikings on Sunday. The Steelers have started 0-3 for the first time in 13 years, and a fourth straight loss will no doubt trigger panic mode in the Steel City.

Much of the blame for Pittsburgh's early woes has been leveled on second-year offensive coordinator Todd Haley. The offense finally showed signs of life against Chicago after listless showings against the Titans and the Bengals, but Roethlisberger & co. still looked like strangers until the game was effectively decided.

Minnesota is also a team facing serious questions after their first three games - the Vikings are also 0-3 and are still wondering how they lost 31-27 to a Cleveland team that had just traded Trent Richardson, their best offensive player.

In London, the teams will have less than 48 hours to get over jet lag and acclimate to a new time zone. We can safely expect that neither team will be at their best, but even before crossing the Atlantic both teams will need to address glaring weaknesses that could cost them the game.

The main issue facing the Steelers offense is their running attack - they currently rank 31st out of all 32 NFL teams in rushing yards per game. The Steelers' offensive line includes two second-year players - Kelvin Beachum and David DeCastro - and neither has looked comfortable (or even competent) through three games. The Felix Jones-Jonathan Dwyer tandem hasn't produced any results, and even though Minnesota doesn't have an elite rush defense (they're ranked 21st in the league), Pittsburgh will still struggle to assert themselves on the ground unless the offensive line steps up.

The Vikings have several defensive players who can create problems for the Steelers - most notably veteran DE Jared Allen. Ben Roethlisberger did well to evade pressure in Chicago, and he'll face similar situations against against Minnesota's pass rush. For Pittsburgh's offense to succeed without help from the ground game, they'll need to get the ball to Emmanuel Sanders and Antonio Brown and give them the opportunity to make plays.

The Vikings' biggest weakness so far has been their secondary, and if Roethlisberger can connect with Sanders and Brown early the Steelers could jump out to an early lead. The return of Heath Miller should also help - Miller already has chemistry with Roethlisberger, and his blocking will help open doors for other players as well.

As far as Pittsburgh's defense is concerned, their number one priority is obvious - stop Adrian Peterson. Peterson has underwhelmed so far this season, and the Steelers have allowed 115 yards per game so far against three teams without an elite tailback. If Peterson gets going, there won't be pressure on Christian Ponder to make throws, which is a massive benefit for the Vikings.

This game will boil down to two questions:

Can the Vikings secondary contain Pittsburgh's receivers? Probably not. Antonio Brown broke out against Chicago, and if Roethlisberger can spread the ball around to him, Sanders, and Miller, Pittsburgh will get points on the board. Pittsburgh's run game can only improve, and success through the air will create openings for Felix Jones and Jonathan Dwyer to exploit.

Can the Steelers defense stop Adrian Peterson? Maybe. Christian Ponder has beenresoundingly terrible so far (five interceptions in three games, with just two passing touchdowns), and Pittsburgh can safely pack eight in the box to limit Peterson's effectiveness without having to worry about Ponder beating them through the air.

In this battle of 0-3 teams, look for Pittsburgh's passing attack to finally put together a cohesive performance through four quarters. Look for the Steelers to end their skid, 28-17

Read more: How soon could the Steelers fire Todd Haley?