Pittsburgh Steelers Rumors: Pittsburgh Plans to Release Troy Polamalu at the End of the Season 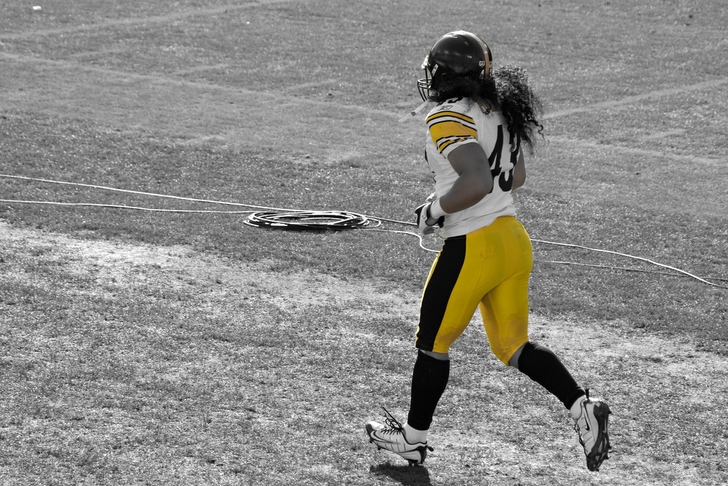 According to Ian Rapaport of the NFL Network, Troy Polamalu is playing for his job.

On a segment on the NFL Network Thursday, Rapaport divulged that the Steelers are expecting to see massive turnover during the offseason on both sides of the ball, but several major names on defense will need to seriously impress the coaching staff if they want to be retained going forward.

Polamalu, a seven-time Pro Bowler, is definitely the most surprising name on Rapaport's list. While he still makes big plays on defense, Polamalu has been exploited in passing situations by a number of teams so far this season. He was at fault on a number of big plays in Pittsburgh's humiliating 55-31 loss to the New England Patriots, and the Steelers coaching staff is reluctant to keep him on next year unless he manages to turn things around in a big way in Pittsburgh's remaining games.

The five-time All-Pro is set to make $8.25 million next season, and despite the sentimental attachment many fans have to Polamalu, the coaching staff is highly reluctant to pay that much for a player well past his prime. Cutting Polamalu would mean the Steelers are on the hook for just over $2.6 million in dead money, but the Rooneys will be willing to bite the bullet if Polamalu continues to struggle.

The other big name on Rapaport's list was safety Ryan Clark, who also looks like he's lost a step. At 34, Clark can no longer keep up with the NFL's elite receivers, and while he makes less than Polamalu, the Steelers are even more likely to cut him loose at the end of the year.

This could all change if Polamalu and Clark rediscover their form in the season's stretch run, but as it stands, neither player will likely be a Pittsburgh Steeler on opening day next year.

Stay tuned to Chat Sports for all the latest Steelers coverage, and we'll keep you updated on Polamalu's status as the season develops.