Pittsburgh Steelers News: Todd Haley Could be Fired This Weekend 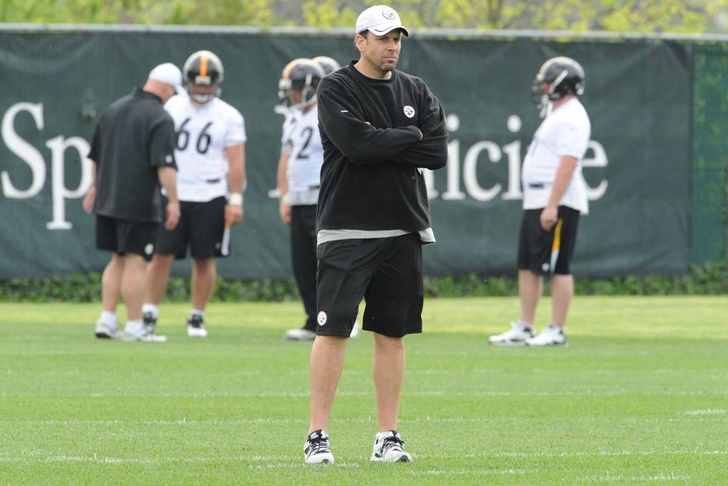 While the Pittsburgh Steelers brass threw their support behind head coach Mike Tomlin on Thursday, the same can't be said for embattled offensive coordinator Todd Haley.

Haley has been the target of much criticism so far this season, and Pittsburgh has only reached 30 points in one game so far this year - a 55-31 mauling at the hands of the New England Patriots. Ben Roethlisberger has voiced his displeasure when it comes to Pittsburgh's options on offense, and while Roethlisberger will not request a trade, as had been reported by NFL.com earlier this week, he's growing more and more frustrated with Haley by the day.

Everything we've heard out of Pittsburgh indicates that Haley will be coaching for his job this weekend against the Detroit Lions - if the Steelers come out flat and don't put points on the board, he could be out of a job come Monday morning. Even if Pittsburgh manages to put on a solid offensive showing against Detroit, the next two games - AFC North matchups against the Browns and the Ravens - are even more important for Haley. If Pittsburgh doesn't win at least two of their next three games, we're confident that Haley will be shown the door.