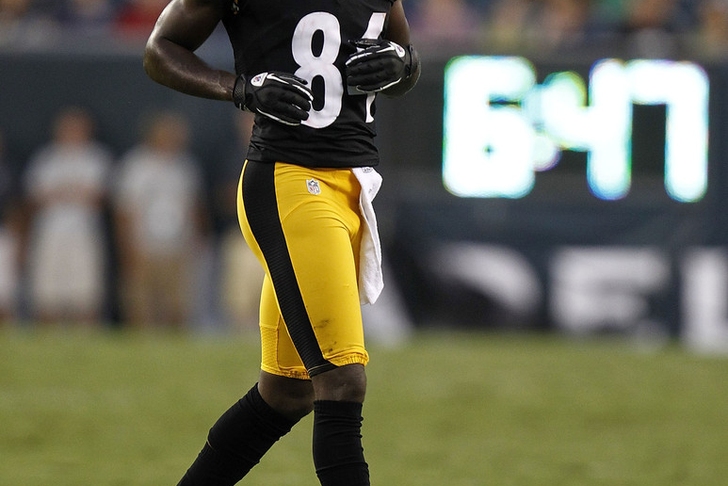 After a crushing end to the first quarter, the Steelers entered the second facing down a 17-0 deficit. Fortunately for Steelers fans, the quarter began with an improved offensive effort.

Staring down a third and 14, Ben Roethlisberger connected with Antonio Brown for a 45-yard completion down the right sideline. Chicago's defense bent but didn't break, and the Steelers were forced to settle for a 27-yard Shaun Suisham field goal. With 13:36 left in the second, Chicago's lead was cut to 17-3.

Just when it looked like the Steelers were finding their way back into the game, a costly turnover turned them back. After Pittsburgh finally forced a punt out of Chicago's offense, Ben Roethlisberger forced a pass in to a dangerous area and Bears DB Major Wright was there to pick it off. Wright sprinted along the sideline into the end zone, and after the pick-six Pittsburgh trailed 24-3.

The Steelers were unable to get a response going, but after the Bears flattened Shaun Suisham during his punt the penalty gave the ball back to Pittsburgh at their own 45. A classic Big Ben play - he evaded the defense before finding Emmanuel Sanders breaking free over the middle - put the Steelers at Chicago's 33, and just two plays later Roethlisberger floated a perfect pass to Antonio Brown in the end zone that closed the gap to 24-10 with 6:27 left in the first half.

While the Steelers would have loved to keep the tempo going, the touchdown proved to be the last major action of the half. Over the next six minutes, both teams traded field position but failed to make major headway into enemy territory. At halftime, it's Chicago 24, Pittsburgh 10.