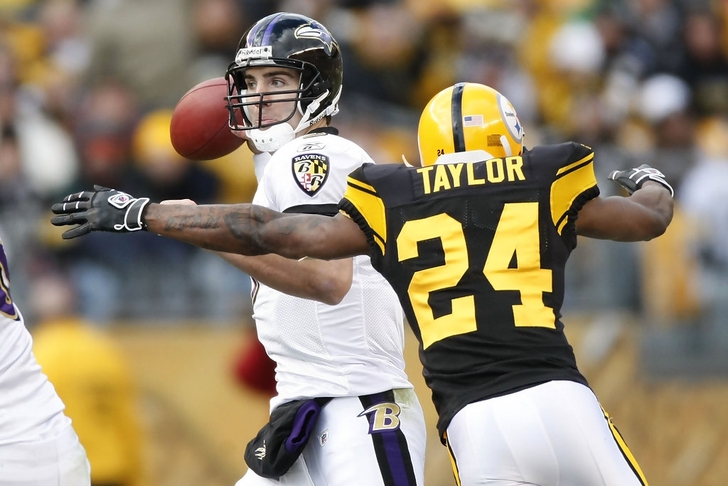 The Pittsburgh Steelers have restructured the contract of cornerback Ike Taylor in a move that will free up around $3 million in cap space. Taylor agreed to change his base salary into a signing bonus spread over the remaining two years on his contract, which frees up that money to be allocated elsewhere.

Taylor, 33, has played his entire 10-year NFL career with the Steelers. A fourth-round pick out of Louisiana-Lafayette, Taylor has 21 tackles and four pass deflections so far this year. The Steelers have won two straight games after starting the season 0-4, and Mike Tomlin's team takes on the Oakland Raiders this Sunday hoping to reverse recent history-despite Oakland's recent struggles, the Steelers have a 1-3 record against the Raiders going back to 2005.