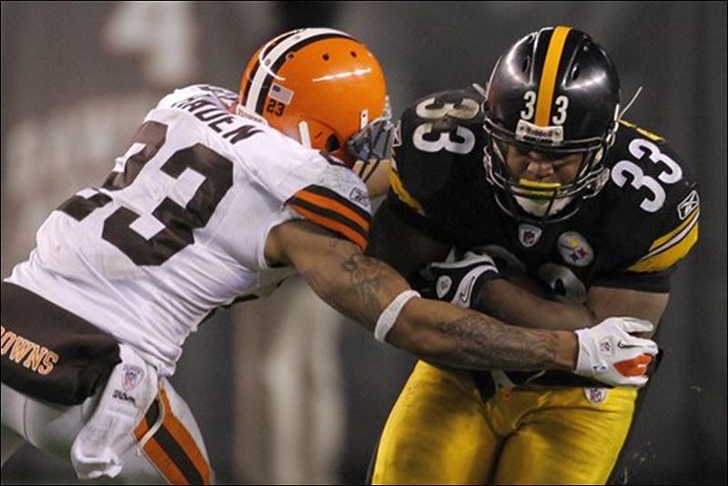 The Pittsburgh Steelers have officially released running back Isaac Redman. Redman had just 12 yards on 10 carries so far this season, and had fallen to fourth on the depth chart. Redman admitted to the Pittsburgh Post-Gazette that he lied to Steelers doctors about a concussion on September 16th so he could re-enter the game against the Cincinnati Bengals.

The Steelers were extremely angry with Redman, and as of October 21st he found himself behind Le'Veon Bell, Felix Jones and Johnathan Dwyer on the depth chart. To replace Redman on the 53-man roster, Pittsburgh has signed LB Kion Watson from the practice squad.

Redman broke out in 2011, rushing for 479 yards and 3 touchdowns on 110 attempts, but his career has stalled since. The fourth-year player out of Bowie State is not expected to be picked up by another team immediately.