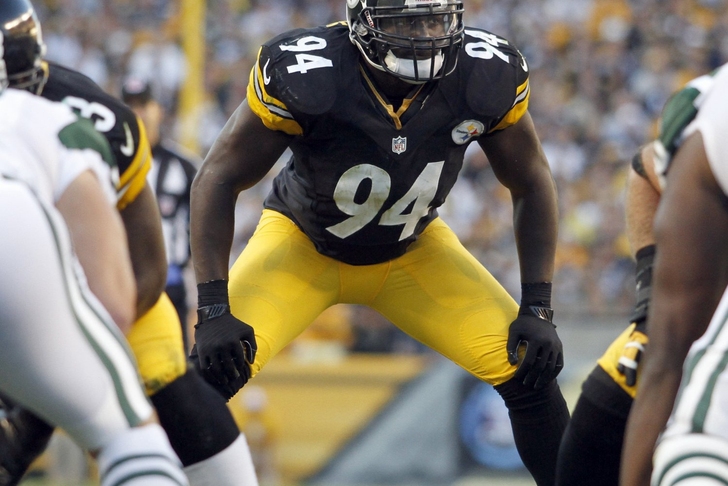 Pittsburgh Steelers Linebacker Lawrence Timmons had a great game against the Baltimore Ravens, ending up with 20 tackles in Pittsburgh's 19-16 win at Heinz Field on Sunday. In Mike Tomlin's press conference Tuesday, he revealed something that made the stat even more impressive - Timmons broke his hand in the second half, but played through it.

“[...it happened] late in the third or early in the fourth quarter of the game. He was able to finish,” Tomlin said.

Timmons is expected to play this coming Sunday against the Oakland Raiders (2-4). "That’s been casted. He is ready to go. We fixed it," Tomlin continued. "He has full mobility in all of his fingers, but it has been secured with a cast.”

The Steelers are riding a two-game winning streak after opening their season with four straight losses for the first time since the 1960's.