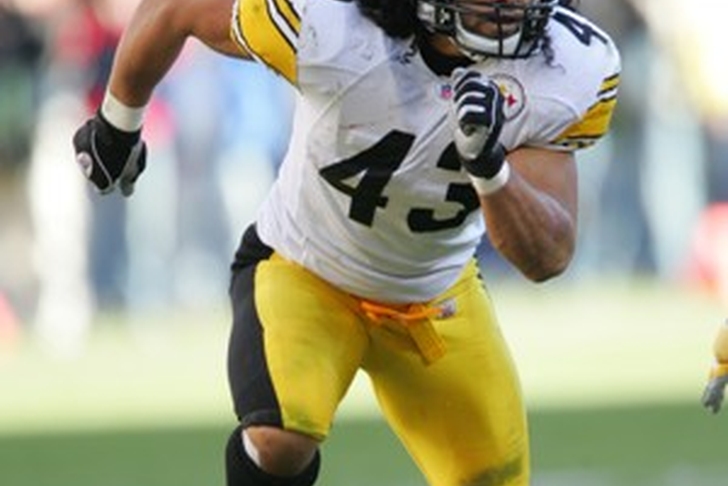 Ben Roethlisberger and the Steelers visit Paul Brown Stadium in Cincinnati on the heels of a shocking week one loss against the Tennessee Titans. The Bengals also come into tonight's game 0-1, having been unable to withstand a late rally from Jay Cutler and the Chicago Bears.

The Steelers opened up on offense at their own 34, thanks to an excellent return from Felix Jones. They were unable to make any headway, though, and the Bengals stuffed two Jones runs and only let up four yards on the third, forcing the Steelers to punt after just a minute of possession.

The Bengals were no more successful, and Andy Dalton went 0/2 after a five-yard run from BenJarvus Green-Ellis. The Bengals punted the ball away, and once again the Steelers return game came up with a huge play. Antonio Brown returned the punt 40 yards to the Bengals 34, where Ben Roethlisberger took over.

An incompletion on first down and a sack on second down took the Steelers back to the Bengals 40, but a 14-yard run from Felix Jones put Pittsburgh back in field goal range. Shaun Suisham made no mistake, and the Steelers went up 3-0 10:42 remaining in the first quarter.

On their next drive, the Bengals turned to their most reliable offensive weapon - AJ Green. Coming off a 162-yard, 2-touchdown performance in week 1, Green was targeted on the first three plays of the drive and picked up a first down to bring the Bengals up to near midfield.

The drive stalled after a penalty on 3rd and 5, and the Bengals tried to pin the Steelers deep in their own territory. Kevin Huber's punt was on point, and with 6:57 remaining in the quarter the Steelers began at their own 3.

Roethlisberger engineered a slow, methodical drive that took the Steelers into Bengals territory, but his hard work was undone when second-year TE David Paulson had the ball stripped at the Bengals 13 following a huge pickup. Paulson was originally ruled down on contact, but after the play was challenged replay revealed that the ball came out before Paulson's knee came down.

The ensuing Bengals drive was everything the Steelers were hoping to avoid. Two rushes were followed by a 61-yard pass from Bengals QB Andy Dalton to TE Tyler Eifert, and the Bengals suddenly found themselves at the Pittsburgh 13. Bengals RB Giovani Bernard cruised in for a touchdown run just two plays later, and with 57 seconds left in the quarter the Bengals went up 7-3.

Pittsburgh would have loved to put together an immediate response, but heavy pressure on third down forced another Steelers three-and-out. At the end of one, it's Bengals 7, Steelers 3.