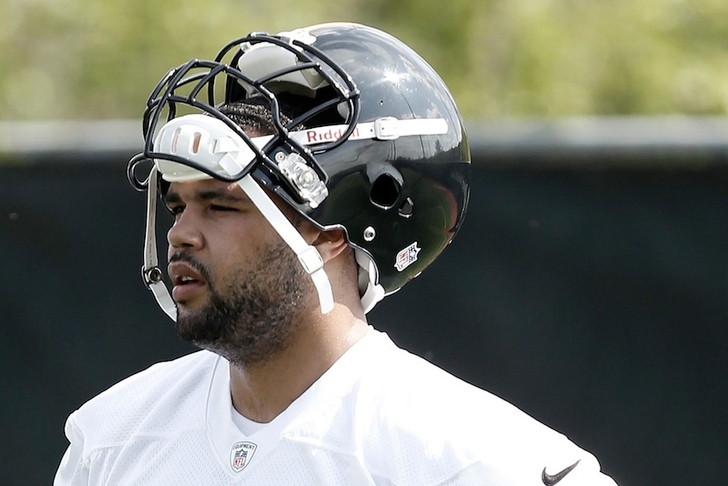 According to the latest reports out of Pittsburgh, the Steelers have benched left tackle Mike Adams and defensive end Ziggy Hood. The rationale for Adams' benching is obvious - he was repeatedly manhandled by Vikings DE Jared Allen, and if the Steelers want to keep Ben Roethlisberger standing up, they have no choice but to find a left tackle who can offer at least some protection.

The short-term answer would appear to be Levi Brown, who was acquired from Arizona last week. Brown certainly hasn't played well so far this year, but practically anyone else on the roster would be a better option at the moment than Adams.

Hood hasn't been as openly abysmal as Adams, but he hasn't given Mike Tomlin much of a reason to keep him in the lineup. Hood's last sack came in week 14 of 2012, and so far this season his impact has been negligible. The Steelers can't afford to have superfluous players starting for them, and the coaching staff has made a decision to see what they can get by giving Cameron Heyward starter's minutes.

Heyward, now in his third NFL season, has shown flashes in limited playing time so far, and since Brett Keisel is still a force on the right side of the defense, the LDE spot is his best chance to show what he can do.