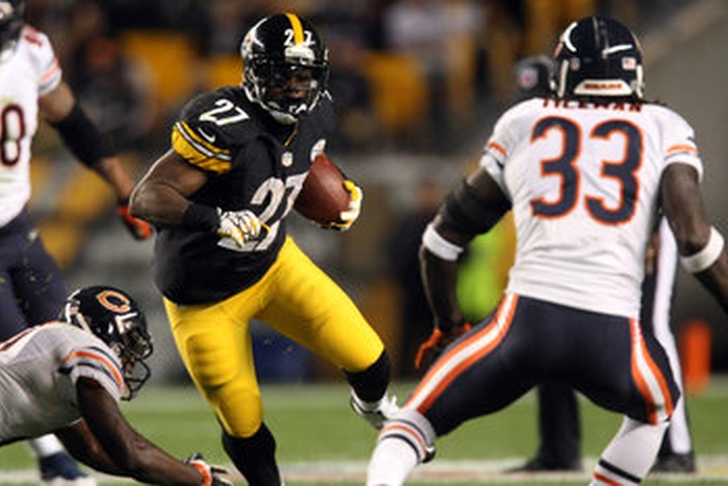 Pittsburgh Steelers running back Jonathan Dwyer has been fined $21,000 for a helmet-first hit on Chicago Bears safety Chris Conte. Dwyer laid the hit on Conte at the end of a 25-yard run, and wasn't penalized on the play. The fine is specifically related to an NFL rule enacted this year that prevents offensive players from leading with the crown of their helmet outside of the tackle box.

H/T to Brad Biggs of the Chicago Tribune:

#Steelers RB Jonathan Dwyer indeed fined $21,000 for delivering a blow to Chris Conte using the top/crown of his helmet outside tackle box.