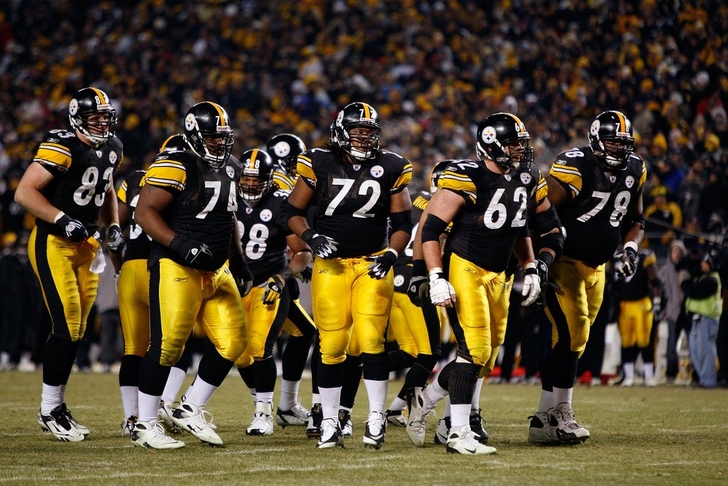 Fed up with unproductive run blocking and porous pass protection, Pittsburgh Steelers QB Ben Roethlisberger called out his offensive line before practice on Tuesday, telling them to "be tough", and "be nasty".

"I know the O-line coach probably didn't want to hear me say that, but I just want them to have the confidence to go out and play the way that I know they can." said Roethlisberger.

Big Ben has been brought down for 10 sacks so far this season, and the Steelers are averaging just 51.7 yards on the ground. If the Steelers are going to have a chance at turning their season around, it all starts with the offensive line.

The Steelers are preparing to travel to London, where they'll take on the Minnesota Vikings in a battle of 0-3 teams. The Vikings' offensive line isn't doing a whole lot better - they've also allowed 10 sacks, and while their run game has done better, having the 22nd-best rushing average in the NFL isn't impressive when you have the best running back in the NFL - Adrian Peterson - on your team.

The return of TE Heath Miller should pay immediate dividends for the Steelers line - Miller is one of the best run blockers in the NFL, and he'll also provide an added dimension to Pittsburgh's passing game.

How soon will the Pittsburgh Steelers fire Todd Haley?