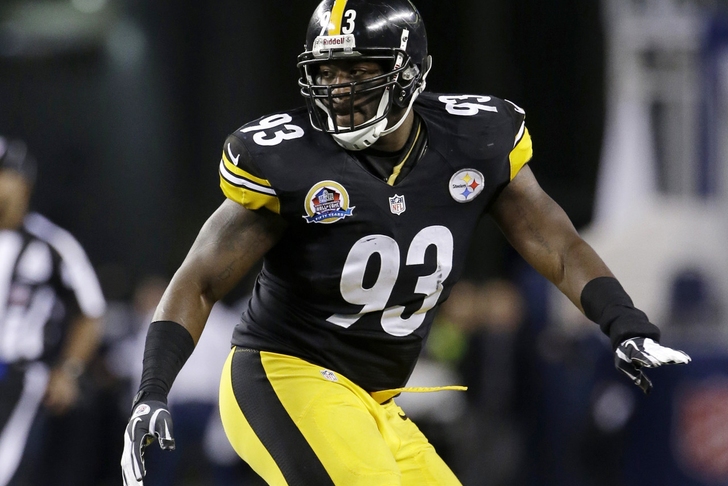 The Pittsburgh Steelers have the opportunity to delve into the free agent market to re-stock their defense, but one of their biggest free agency priorities is a guy who spent the last five seasons on Pittsburgh's roster.

Jason Worilds is set to become a free agent after a very solid 2014 campaign. The 11th-highest rated outside linebacker in the NFL in 2014 per Pro Football Focus, Worilds is one of the best edge rushers on the market, and word coming out of Pittsburgh indicates the Steelers are very interested in retaining him for the future.

At only 26 years old, Worilds can still improve, and that's a great place to be for a player with 15.5 sacks over his last two NFL seasons. Worilds has played himself up to a significant price tag, but he still should be within Pittsburgh's range. The Steelers don't have a huge amount of money to play with, but they should be able to comfortably afford a new contract for Worilds after a few roster cuts (Cortez Allen, Cam Thomas and Mike Mitchell are all possible cap casualties).

The team will also be mindful of Ben Roethlisberger's contract situation when working out a new deal for Worilds - Big Ben's deal is set to expire at the end of next season, and the team has also made a new deal for their quarterback a high priority.

One possible wrinkle - former Steelers DC Dick LeBeau is now with the Tennessee Titans, and there are quite a few rumors circulating that he's targeting Steelers players - including Worilds - as he revamps the Titans' front seven.

Pittsburgh just doesn't have the financial flexibility to make a run at the top-tier free agents this Spring, but we fully expect them to find a way to hold on to Worilds despite heavy interest from elsewhere. Mike Tomlin and GM Kevin Colbert know their team has spent the last five seasons developing Worilds into one of the league's premeir edge rushers, and they won't let him go easily.