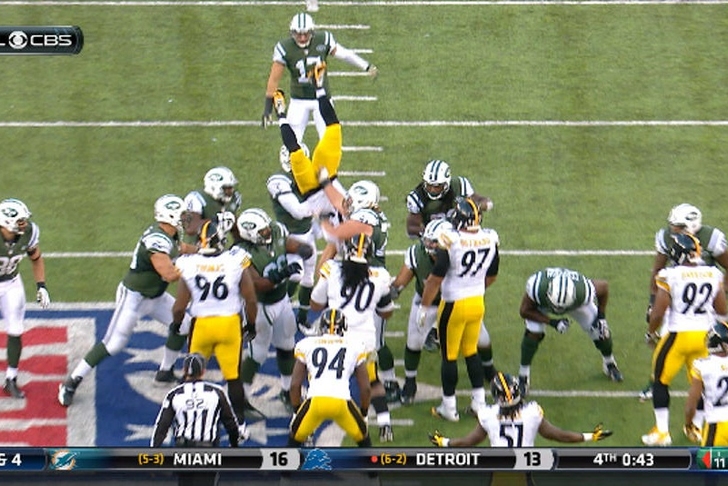 Rex Ryan and the New York Jets were absolutely livid when Steelers S Mike Mitchell tried diving over the line of scrimmage as they ran out the clock in Sunday's 20-13 Jets victory.

Now, Steelers HC Mike Tomlin is saying he agrees with them:

"It was not professional. We don't want to play football like that. Mike is an emotional guy, [but] he's new to us, learning how we do business."

The Jets had the ball and were up by seven with time running out, and Michael Vick planned to kneel down to end the game. As the ball was being snapped, Mitchell made a flying leap over the offensive line. Steelers C Nick Mangold had the awareness to stand up as Mitchell went flying over, flipping him in midair and slamming him to the ground. The incident caused a brief scrum with Jets players trying to confront Mitchell, but the situation was defused fairly quickly. After the game, Mangold said he thought it was a dirty play.

"In that part of the game, where we’re just kneeling on it and things like that, I was surprised by it to say the least and disappointed.”