Levi Brown Injury News: Steelers' recently-acquired LT could be out for the season 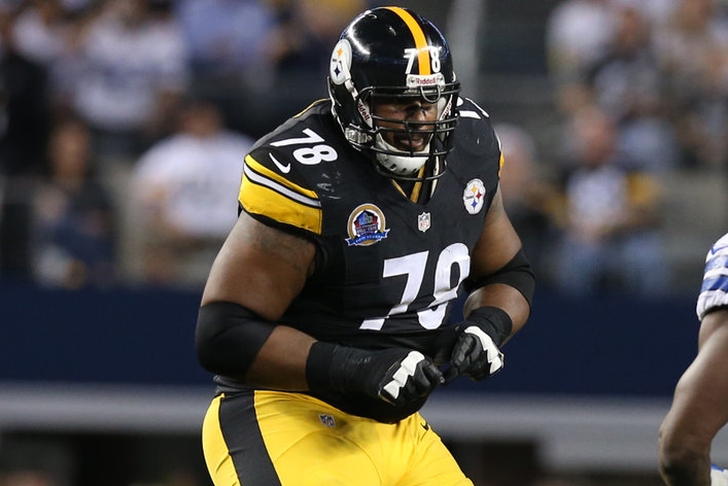 When the Steelers acquired left tackle Levi Brown from the Arizona Cardinals, they hoped they'd found a player who could help provide cover during an injury crisis on the offensive line. It only took one game for Brown to be part of that injury crisis himself.

Brown injured his triceps during pre-game warmups before Sunday's game against the New York Jets - the same triceps that he tore last season, putting him on the IR. Steelers staff declined to comment on the severity of Brown's latest injury, but the early prognosis isn't good: Brown could be back on the IR before next weekend.

Steelers may have lost two more to season-ending injuries -- before and during 19-6 win over Jets.

If Brown is truly out for the season, the Steelers won't have any terribly appealing options - they're unlikely to trade for another left tackle just weeks after trading for Brown, and the free agent tackles remaining aren't exactly inspiring.

Steelers fans will be familiar with one name that's been floated as a short-term replacement - former Steelers LT Max Starks is currently without a team, and although he didn't set the world on fire in his last year in Pittsburgh, he can't be worse than the recently-benched Mike Adams.