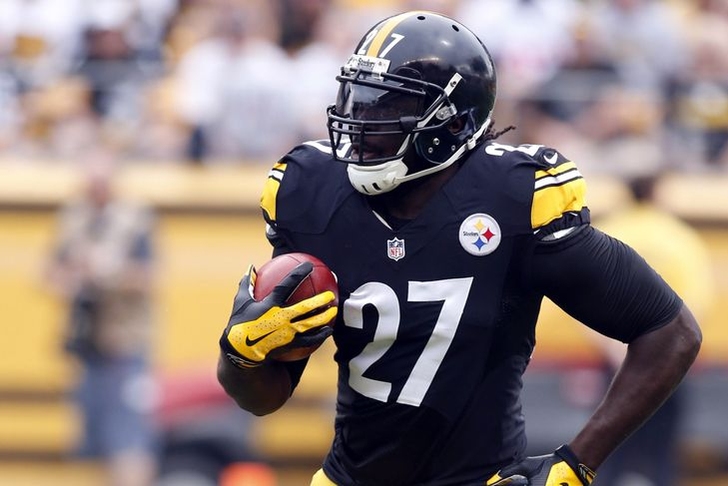 The Pittsburgh Steelers have released running back LeGarrette Blount. Blount tried leaving Pittsburgh's Monday Night Football game against the Tennessee Titans before the final whistle, and his dissatisfaction with his shrinking role on offense has reportedly been a growing concern in the Steelers locker room for some time. After splitting carries with Le'Veon Bell to start the season, Bell has emerged as Pittsburgh's main running back, with Blount relegated to a smaller role. In Monday Night's game, Bell rushed for over 200 yards while Blount didn't get a single carry.

Blount left for the locker room with plenty of time left on the clock, then tried changing into street clothes to leave. Only the intervention of Steelers coach Joey Porter prevented him from leaving the stadium before the final whistle. Blount's conduct was roundly criticized Tuesday morning, with Steelers legend Jerome Bettis calling the incident "disturbing" and "selfish".

Bettis urged Steelers HC Mike Tomlin to take action quickly, and the message was clearly received. Blount will now face an uphill battle as he searches for a fifth NFL team to give him a chance.