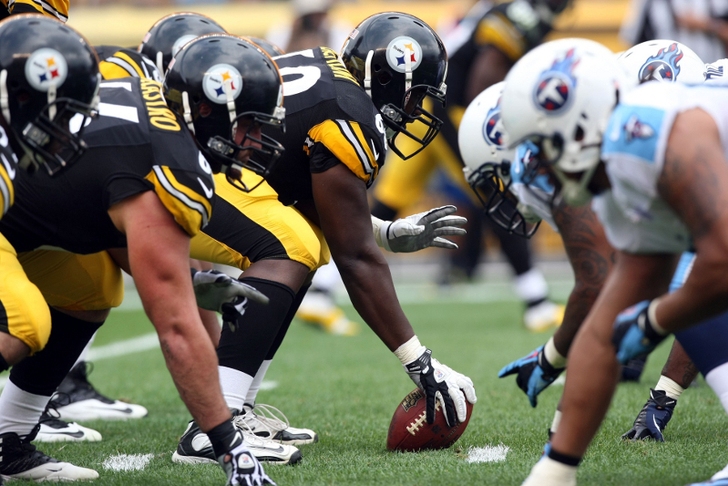 Pittsburgh survived an impressive Tennessee rally to move to 7-4 after an entertaining Monday Night Football battle.

Pittsburgh iced this game with a clutch conversion with under two minutes left from running back Le'Veon Bell. The conversion on second down extended their final drive of the game, making sure they could run out the clock and prevent Zach Mettenberger and the Titans from getting another chance.

Ben Roethlisberger was solid and Antonio Brown was impressive, but we have to give the nod to running back Le'Veon Bell. The young Michigan State product was electric yet again, and while his line had a rough day with five sacks allowed, Bell torched Tennessee's defense en route to over 200 yards on the ground. With a variety of moves and a shifty, elusive running style, Bell picked up yards after contact again and again as the Titans struggled to bring him down.

When Zach Mettenberger's first pass was intercepted and taken to the house for a pick-six, we definitely didn't expect to name him Titans MVP...but here we are. Mettenberger responded well, keeping his team in the game and showing solid poise against a menacing Pittsburgh pass rush. While his team faded down the stretch, he kept them in it far longer than anticipated.

Jerome Bettis, Franco Harris and other Steelers greats never picked up over 200 yards in a game...something Le'Veon Bell did tonight in just his second year as a Steeler.

After last weekend's loss to the Jets, it was vital for the Steelers to pick up some momentum going into their bye week - they'll have a weekend off before hosting the New Orleans Saints on Nov. 30. Tennessee will start a two-game road trip against the Eagles in Philadelphia next Sunday.