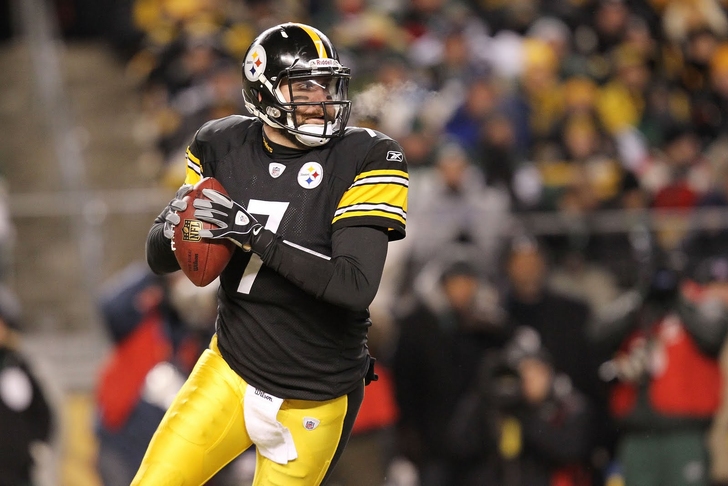 Pittsburgh used a huge second quarter burst to build a lead on the Indianapolis Colts, Ben Roethlisberger became the first NFL QB to throw for 500 yards twice, and the Steelers held on to win back-to-back games for the first time this year.

Andrew Luck and the Colts certainly made it interesting, but the comeback fell short as Ben Roethlisberger and the Steelers pulled through with a 51-34 win.

Turning Point: In a wild, back-and-forth game like this, there were two moments that meant the most. The first half was all about the wild second quarter, where both teams combined for a staggering 45 points. The biggest turning point there came from Antonio Brown's two receiving touchdowns between 8:33 and 5:08 left in the half, which extended Pittsburgh's lead to 25.

The next key moment came early in the fourth quarter, when the Colts had clawed their way back to within one possession...only to give up an intentional grounding safety that gave Pittsburgh a 10-point cushion and the ball.

Steelers MVP: Were you really expecting someone other than Ben Roethlisberger here? Big Ben put on one of the finest performances in NFL history, racking up a staggering 522 yards on 40/49 passing (a career high) to go with 6 touchdowns and no interceptions. The Indianapolis defense had no answer.

Colts MVP: WR T.Y. Hilton had a huge day, putting up 155 yards on 6 catches with a touchdown.

Off The Hot Seat: Even if he didn't call a single play today, no one will be calling for Todd Haley's head after this stunning offensive performance.