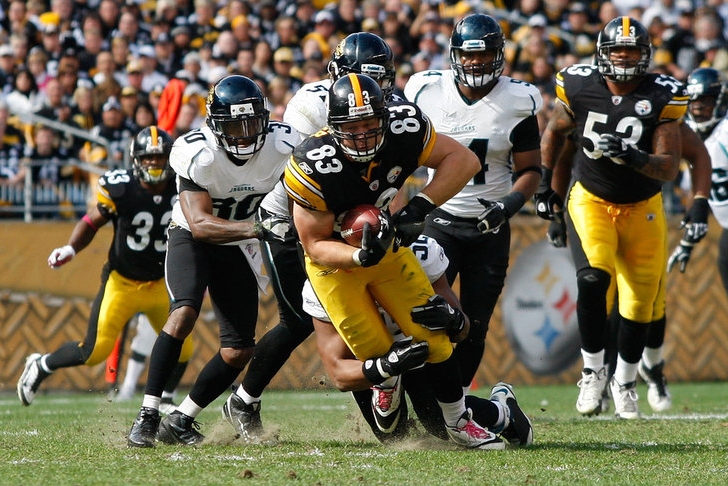 The Steelers came into this game hoping to rebound from last week's loss to the Tampa Bay Buccaneers, and they had their work cut out for them against Jacksonville's league-worst defense.

The Steelers weren't able to run up the score against the Jaguars, though, who hung tough through the first half and put themselves in a position to tie the game up going into halftime. While the Jaguars had to settle for a field goal, they'll be feeling confident about going into the half trailing by just four.

Biggest Play: Blake Bortles had the chance to even up the scoreline going into the half, but his pass fell incomplete and the Jags were forced to settle for a field goal.

Biggest Surprise: The Steelers haven't had the best offense in the league, but putting up just 3 points in the first 28 minutes was a major surprise. If Pittsburgh can't put points on the board in the second half, the pressure on offensive coordinator Todd Haley will continue to increase.

Steelers Key Player: Le'Veon Bell continues to impress, and the young RB picked up 44 yards on just 5 carries in the first half. Bell has looked incredibly impressive so far this season, and there's absolutely no valid reason why his touches should be limited this severely.

Jaguars Key Player: Jaguars LB Paul Posluszny continues to quietly excel despite the turmoil going on around him. Posluszny had four tackles in the first half (three solo), a pass deflection, and a key sack that forced the Steelers to settle for a field goal.

Who Has The Edge? Pittsburgh has the edge, but this one is much closer than anyone expected. The Steelers will need to make some serious offensive adjustments, or they'll face the same fate they did last week - letting an underdog hang around just long enough to pull off the upset.