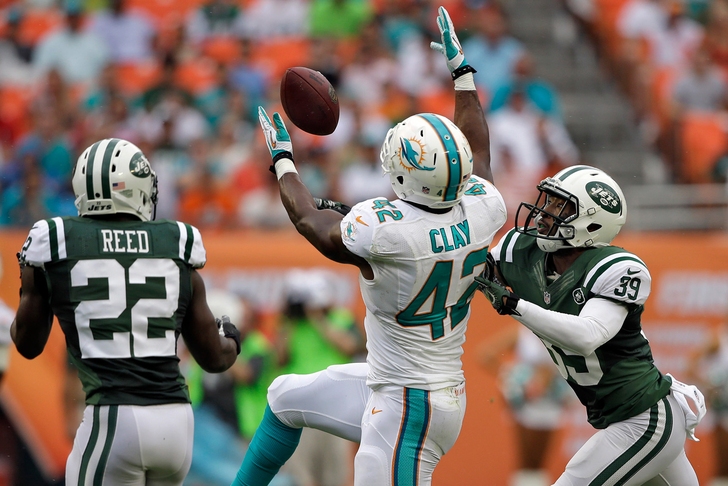 The Buffalo Bills are reportedly mulling over presenting an offer to free-agent tight end Charles Clay, per an interview GM Doug Whaley had with SiriusXM NFL Radio:

Doug Whaley on Charles Clay: He's such a special player, we're at the point now where we're debating making an offer. #Bills #Dolphins

The problem here is that the Miami Dolphins are intensifying their efforts at retaining Clay, according to Ian Rapoport of NFL Network:

RB intrigue in PHI, but TE intrigue in MIA. #Dolphins have Jordan Cameron in, but are trying to work out a long-term deal with Charles Clay

Cameron would re-sign with the Cleveland Browns just hours later, likely meaning that the Dolphins are intensifying their focus on retaining Clay. The Bills may be running out of time to approach Clay with a substantial offer, but that doesn't mean they won't before the day is through.