The 5 Toughest Games On The Steelers' 2016 Schedule 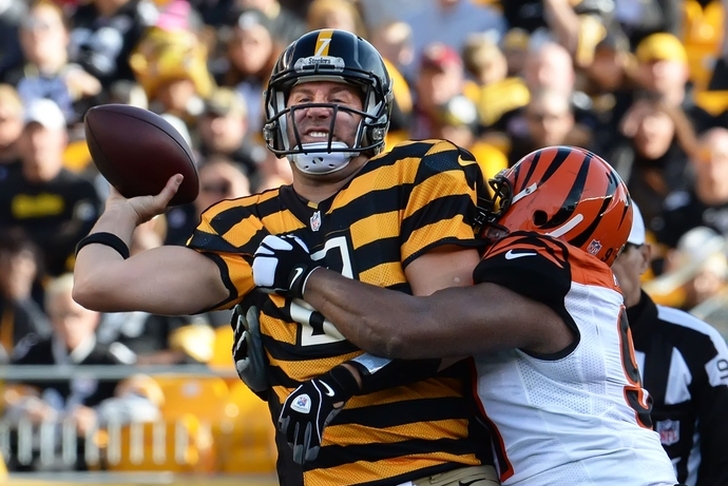 The 2016 NFL Schedule is out, and we now know every matchup of the 2016 season. The Pittsburgh Steelers will face a tough schedule, and some of the games stand out as more challenging than the others.

The Steelers aren't going to win every game, and these five matchups standout as potential losses. But for the Steelers to make a run at the AFC North and beyond, they're going to have to find a way to win at least a few of these. With that in mind, here are the 5 toughest games on the Steelers' 2016 NFL Schedule.

5. Kansas City Chiefs (Oct. 2nd)
Playing at home in the prime time matchup makes this game a bit easier. But the Chiefs were an impressive team last season, and they could continue to play as well as they did in the second half of the last season. The Chiefs should put up quite a fight in this one, although the Steelers should be favored if healthy.

4. Dallas Cowboys (Nov. 13th)
The Cowboys were awful last season, but should be a completely different team with Tony Romo back and healthy. The Cowboys and Steelers have had some great games in the past, and this should be another close matchup. But if Romo goes down again, this could be an easy win for Pittsburgh.

3. at Indianapolis Colts (Nov. 24th)
The Colts struggled last year, but should be better with a healthy Andrew Luck. He often plays his best in big games and this will be a big one for both teams. The Colts could very well end up back in the playoffs next year, and this could be a preview of a future playoff game. The road game element is why it ranks above the Cowboys.

2. New England Patriots (Oct. 23rd)
The Patriots ranking so high on here shouldn't be much of a surprise. The Patriots and Steelers are among the top teams in the NFL and this should be a great matchup to watch. It would rank higher if the Steelers didn't have the benefit of playing at home.

1. at Cincinnati Bengals (Dec. 18th)
The AFC North title could very well be on the line in this one. It's the last road game of the season for the Steelers, and it comes against their hated rival. There is no love lost between these two teams and if recent history is any indication, this game will be violent and physical.