4 Reasons Why The Pittsburgh Steelers Will Win The AFC North 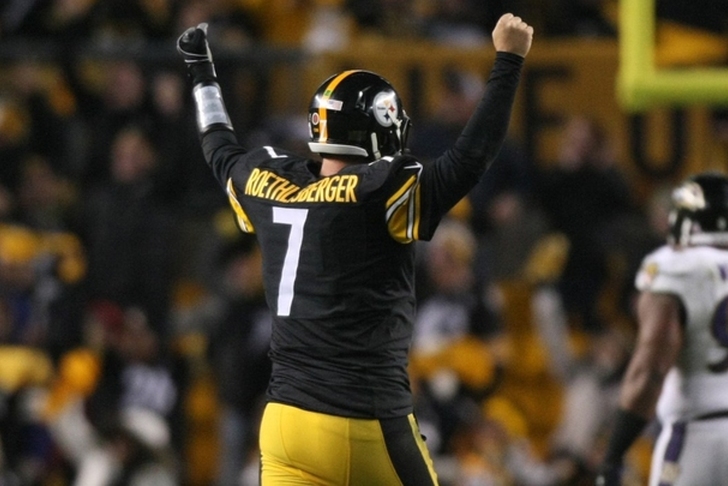 The Pittsburgh Steelers are 1-1 this season, but their only loss came against the New England Patriots. The AFC North is one of the tougher divisions in the NFL, but the Steelers have the pieces to win it. Here are four reasons why the Steelers will win the AFC North this season.

Brown is in the midst of a streak never before seen in the NFL. For 35 straight games (including a playoff game), Brown has caught at least five passes for 50 yards. No other WR has kept that streak going for more than 19 games. It's simply absurd. He's one of the best WRs in the NFL and even though teams know he's Ben Roethlisberger's favorite target, they still can't stop him. That streak will end eventually, but Brown's consistency is a big reason the Steelers will win the AFC North.

Before the start of the season, this would have just said "Le'Veon Bell." However, DeAngelo Williams looks like a complete different player in Pittsburgh. He looks quicker and has earned at least a few touches each game with Bell's return. Still, Bell is the best RB in the division and one of the best in football. He can run for 100 yards and contribute in the passing game. The running game can help keep the defense off the field and keep opposing teams honest.

Roethlisberger is the best QB In the division by far. That's not a knock against Joe Flacco or Andy Dalton, Big Ben is just that good. He's never played better in his career and his ability to run the Steelers offense is critical to their success. Without Roethlisberger, the Steelers would be in huge trouble. With Big Ben at the helm, the Steelers will win the AFC North this season.