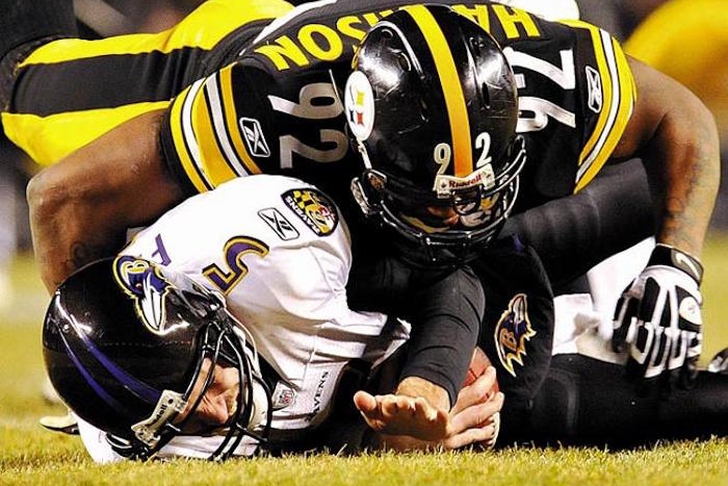 The Pittsburgh Steelers are the most storied franchise in the NFL, and their bitter rivalry with the Baltimore Ravens has become the best in the sport. However, Steelers fans know they'll always be better than the Ravens - here are four reasons why:

Ravens fans like to think of themselves as die-hards, but they don't have anything that differentiates themselves from any other fan base. Meanwhile, in Pittsburgh, those Terrible Towels are waving night and day, rain or shine.

On top of Pittsburgh's regular season success over the Ravens (24-18), they're also 3-1 against the Ravens when the teams have met in the playoffs.

Not just more than Baltimore's measly two...but more than anyone else in NFL history!

The Ravens kept Ray Lewis even though he was the center of the murder investigation, and they stood behind Ray Rice (for a long while) after he was suspended for hitting his wife. Stuff like that doesn't fly in Pittsburgh.