4 Players Who Will Make Or Break The Steelers' 2015 Season 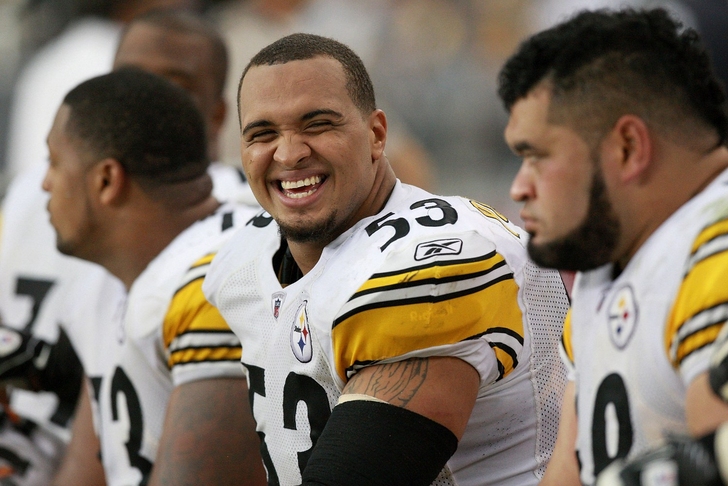 There are important NFL players and then there are the players who shoulder the fate of their teams based on day-in, day-out performance during the season. These are the latter. Here are the 4 Players Who Will Make Or Break The Pittsburgh Steelers' 2015 Season.

Antonio Brown led the NFL with 1,698 receiving yards in 2014, and he dropped just five of 134 catchable passes in 2014, according to Pro Football Focus. He also led NFL wide receivers in broken tackles last year, turning small-to-moderate gains into huge chunks of forward progress. He's the skill-position engine of the offense and unquestioned Weapon X for the team in any shootout. No quarterback in the NFL is an indispensable to their team as Big Ben. It's not just those handful of games where he turns the NFL into his personal Madden playground, nor is it his uncanny ability to tweak and manage a game plan in the heat of battle. It's the fact that he's the unquestioned leader of a group of men that want to follow him to the top of the NFL mountain. As Big Ben goes this year, so will the Steelers.

Timmons is a throwback to the Steelers defenses of yore -- intelligent yet gritty with the ability and willingness to crush ball carriers from a litany of different angles. Timmons doesn't need to match his 134 tackles from last year to make 2015 a success. Providing valuable mentorship to Bud Dupree, Ryan Shazier and Jarvis Jones will be just as valuable as any number of bone-crunching hits.

Ben Roethlisberger, Le'Veon Bell and the rest off the offensive weapons get the glory. However, Pouncey may be the most essential cog to the entire offense. He's the nerve center of the offensive line, using his awareness and instincts to help put the O-line members around him in positions to make blocks. Another solid-to-great year from him could be the difference between also-ran status and a championship run.