3 Wide Receivers The Steelers Could Target In The NFL Draft 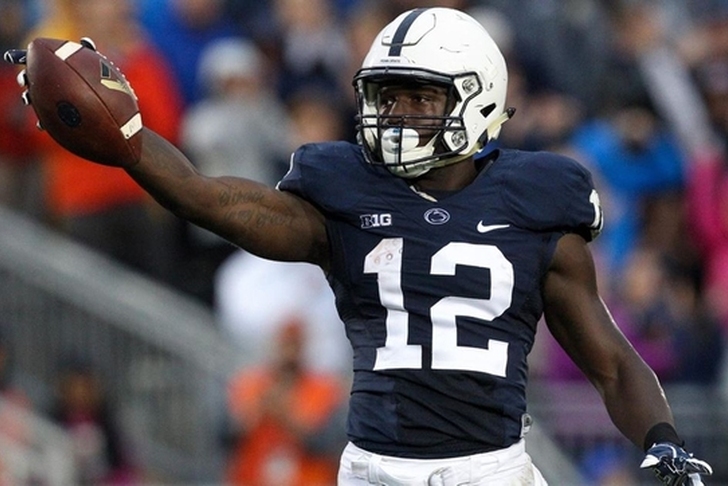 The Pittsburgh Steelers locked up WR Antonio Brown, but still need to add some wide receiver help in the NFL Draft. Markus Wheaton is gone, and with Sammie Coates (injuries) and Martavis Bryant (suspensions) proving to be unreliable options, the Steelers could go WR early this year. If the Steelers elect to target a WR in the first few rounds, there are a few notable players they've shown interest in.

This list only includes realistic options. As awesome as landing Clemson WR Mike Williams would be, that's not happening. While there are more than just the three options, these are some of the top realistic ones. These also double as the three wide outs the Steelers have had private workouts with. With that in mind, here are four QBs the Steelers could target in the NFL Draft. In a draft class full of potential No. 2 options, Golladay has been mostly overlooked. But he has a great size-speed combo, checking in at 6-foot-4, 218-pounds with a 4.50 40-yard dash. He's not going to be a No. 1 wide out, but he could end up carving out a role as a big, vertical threat. He's more likely a Day 3 pick, who needs quite a bit of polish, but he could find a way to contribute early.

Much like Golladay, Reynolds is a size-speed player. He checks in at 6-foot-3, 194-pounds with a 4.52 40-yard dash. He measures out very similarly to the late Chris Henry, although he's not the same caliber of prospect. He's not a No. 1 option, but has the ball skills to be a deep threat. Notice a pattern here? He's a likely late Day 2 or early Day 3 pick.

Godwin was one of the Combine risers, as he posted eye-popping numbers. He's only 6-foot-1, 209-pounds, but posted a 4.42 40-yard dash, a four second short shuttle and 19 bench press reps. He's a Day Two pick, who the Steelers could take as early as the second round. The top worries will be that his speed doesn't always show up and he has had some drop issues at PSU.

Follow our Pittsburgh Steelers team page for all the latest Steelers Draft News and rumors or download the Chat Sports App!