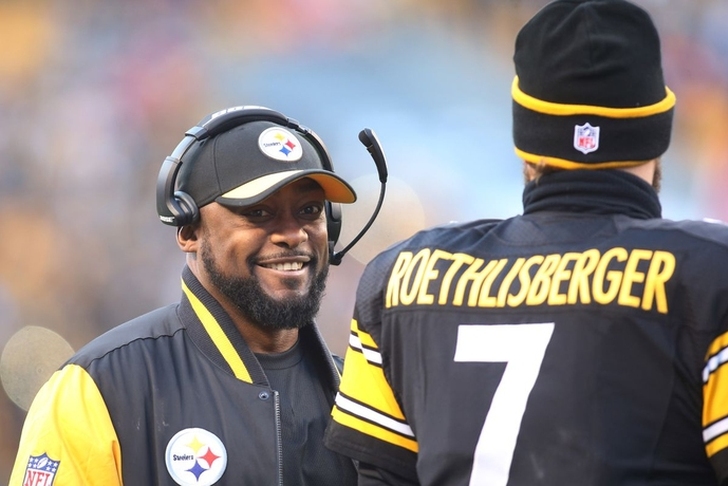 The 2017 NFL Draft will start in just under a month, and there will be plenty of trades. That's just the nature of the draft, although those trades are very difficult to predict. One team that could make some noise is the Pittsburgh Steelers.

To help determine the value of each pick and what it would cost, we're using the NFL trade value chart. While the trade values won't match up exactly, we tried to get them as close to even as possible. With that in mind, here are three trades the Steelers could make in the NFL Draft.

Want to get aggressive? Trade way up in the first round to really land an impact player. This will likely only happen if a top-10 caliber player starts dropping - which could realistically happen if quarterbacks start going much higher than expected in the draft. The Steelers are already a legitimate contender, and adding a top quality player of that magnitude could really put them over the top.

The Colts have said they're willing to move down in the draft for more picks, making them a prime candidate for a trade like this.

Chicago has expressed interest in trading back into the end of the first round in order to draft a quarterback (likely DeShone Kizer or Patrick Mahomes), and Pittsburgh could be a candidate to trade back a few spots if their top targets are off the board. This would also give them a much better pick in the third round, giving them a better chance to add another impact player.

This is a small move for the Steelers, but it could be a big one. They are targeting pass rushing outside linebackers and defensive ends in the first round, as are the Dallas Cowboys, who own the No. 27 pick. Moving up would ensure they get their pick of late-first round prospects at the position instead of getting whoever Dallas doesn't want.

Kansas City is a prime candidate to trade back since they don't have any glaring needs, and they'd love to upgrade one of their fifth-round picks and turn it into a fourth-rounder.