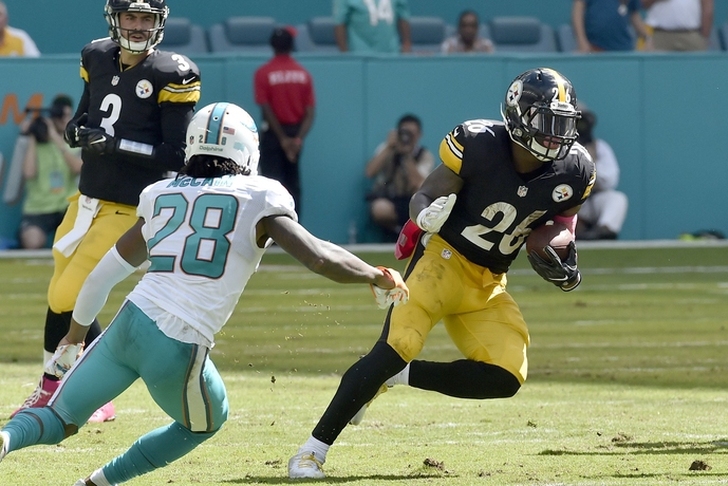 The Pittsburgh Steelers are in the playoffs for the third straight season, and this team is considered by many to be a Super Bowl favorite. They'll start their postseason journey against a Dolphins team that already beat them this season, and they'd love nothing more than to get revenge. Here are three reasons why they'll do just that:

3) Red-hot Le'Veon Bell
Miami won the first matchup between the two teams largely because Jay Ajayi outrushed Bell 204-53. That's not happening again. Bell has been as dominant as anyone in the league over the last two months, putting up 835 yards and six touchdowns in his last six games (all Steelers wins). Expect Pittsburgh to give him the ball early and often, and he will lead them to a win.

2) Steelers' win streak
The Dolphins were one of the hottest teams in the country in the middle of the season, but have cooled of late, going 3-2 over their last five games. Meanwhile, the Steelers are peaking at just the right time. They have won their last seven games in a row with an average margin of victory over nine points per game. That streak will continue.

1) Playoff experience
In games of this magnitude, having been there before - and have had success before - can give a team a huge boost. Miami hasn't been to the playoffs since 2008, and only a handful of players on their roster have played in a playoff game before. On the other side, the Steelers are loaded with playoff veterans and former Super Bowl champions. That group is headlined by Ben Roethlisberger, who always seems to be at his best when his best is needed. That gives Pittsburgh a huge advantage.