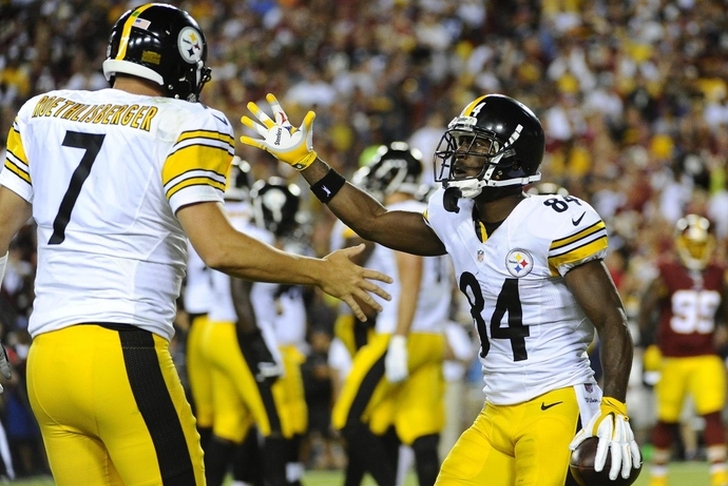 The Pittsburgh Steelers are coming off of two straight blowout wins over the Chiefs and Jets, and now comes a road matchup against a Dolphins team desperate for a win. Unfortunately for them, that's not going to happen. Here are three reasons why the Steelers will win on Sunday:

3) Miami's terrible offense
There's no other way to put this. The Dolphins rank 24th in the league in passing yards, next to last in rushing, and are in the bottom five in scoring offense. Quarterback Ryan Tannehill has thrown more interceptions than touchdowns this year and they have legitimate threat out of the backfield. Pittsburgh's defense will have a field day in this one.

2) Pittsburgh's weapons
Miami's defense isn't exactly good, and Pittsburgh has perhaps the most dynamic offensive unit that will take advantage of that. Le'Veon Bell has racked up 332 total yards in his first two games of the season, while Antonio Brown still ranks near to the top of the league in virtually every receiving category. The Steelers have shredded defenses better than this.

1) More to play for
Right now, the Dolphins are playing very uninspired football like they know they have no chance of making the playoffs. The effort and intensity isn't always there, allowing them to be dominated physically at every position. For the Steelers, they're playing like a team with a Super Bowl in mind - and the AFC is up for grabs after Denver's loss last week. They want to claim the top spot in the conference, and this is just another step to getting there.