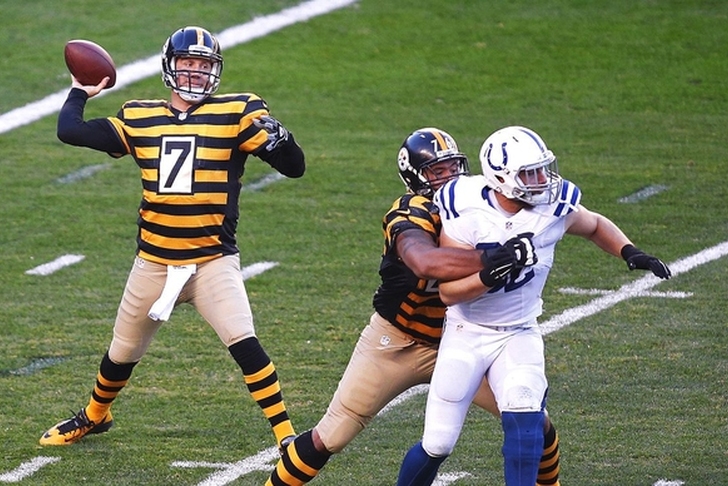 The Pittsburgh Steelers are preparing to play their first Thanksgiving game since 2013, when they squared off against the Ravens. Now, they'll hit the road to take on the Colts in a crucial matchup between two 5-5 teams with playoff aspirations. Here are three reasons why the Steelers will win this game:

3) Colts terrible defense
We know about all the talented weapons the Steelers have on offense - and the Colts don't have anyone on defense who can stop them. They rank just 26th in the league in points allowed per game and 30th in yards allowed. Pittsburgh will have no trouble moving the ball in this one.

2) Ben Roethlisberger's recent history for the Colts
Big Ben has found a way to take advantage of Indianapolis' poor defense in a big way. In their past two matchups (both Steelers wins), Roethlisberger has thrown for 10 touchdowns, nearly 900 yards and completed over 67 percent of his passes. With the Colts' struggles this year, there's no reason to think those numbers will drop on Thursday.

1) Andrew Luck isn't likely to play
This will virtually eliminate any chance Indianapolis has at winning this game. Luck isn't only the heart and soul of this team - he's really the only player they can consistently rely on. If he can't go, Scott Tolzien is set to start, and he hasn't played a meaningful snap since 2015 (where he threw one touchdown and five interceptions in three games). This looking like it will be a "get right" game for the Steelers.