3 Reasons Why The Steelers Are GUARANTEED To Beat The Cardinals 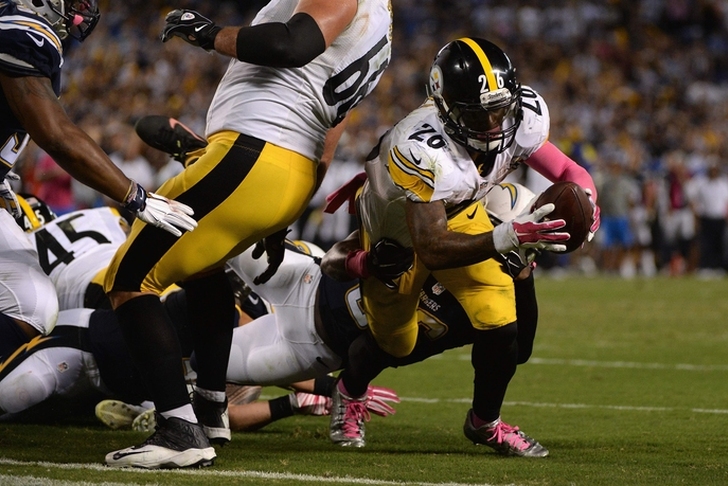 The Pittsburgh Steelers are 3-2 on the season after beating the Chargers on Monday Night Football, and are looking to continue their winning streak Sunday against the Cardinals. Here are three reasons why they're guaranteed to beat Arizona this weekend:

3) Dominant running game that will wear down Arizona's defense

Before the start of the season, this would have just said "Le'Veon Bell." However, DeAngelo Williams looks like a complete different player in Pittsburgh. He looks quicker and has earned at least a few touches each game, but Bell is the best RB in the division and one of the best in football with his ability to run for 100 yards and contribute in the passing game. The running game can help keep the defense off the field and keep opposing teams honest - a key against the Cardinals.

Brown's streak of catching at least five passes for 50 yards may be over, but that doesn't change just how good he is. He's one of the best WRs in the NFL and even though teams know he's Ben Roethlisberger's favorite target, they still can't stop him. Brown's consistency and ability to score every time he touches the ball will give Patrick Peterson and Arizona's secondary fits.

Big Ben suffered a knee injury in Pittsburgh's Week 3 win over the St. Louis Rams, and while he was expected to miss 4-6 weeks, reports indicate that he could return to the field this weekend. If that's the case, Pittsburgh becomes a totally different and more explosive team. He's coming off the best season of his career, and if he can give the Steelers just 75% of what his normal production, they Steelers will score at least 24 points.