3 Reasons Why The Steelers Are GUARANTEED To Beat The Broncos 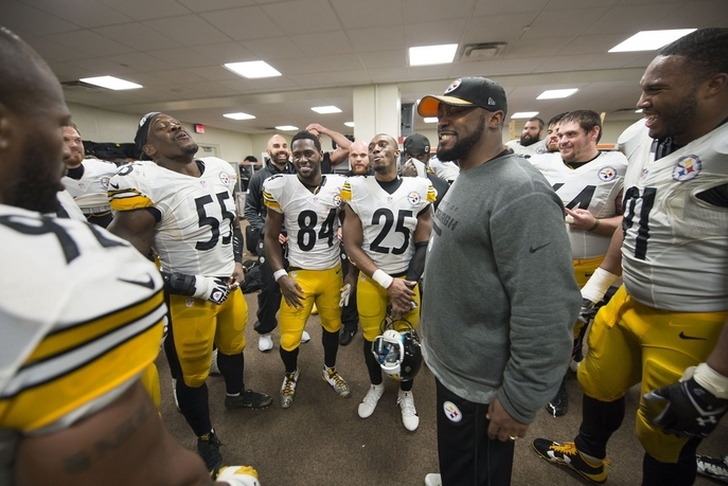 The Pittsburgh Steelers visit the Denver Broncos in the divisional round of the of the NFL playoffs this weekend, and there's nothing the Steelers would love more than to knock off the AFC's top seed and advance to the conference championship game. Here are three reasons why Pittsburgh will beat the Broncos this weekend:

3) Momentum
How many times have we seen a wild card team come out looking fresh and dominate a higher seed because the home team came out flat off a bye week? The Steelers are riding high following their emotional win over the Bengals, and they'll carry that into Denver. Meanwhile, the Broncos are trying to find their rhythm under Peyton Manning. I see Pittsburgh playing a much sharper game than the Broncos, which will lead to a victory.

2) Pittsburgh's offensive weapons
The Steelers have now scored at least 28 points seven of their last nine games (including 34 points against Denver in Week 15), and while they're unlikely to repeat that with an injured Big Ben, it's clear they have enough to outscore Denver's putrid offense. Even if star wideout Antonio Brown doesn't play as he recovers from a concussion, Pittsburgh will be running back DeAngelo Williams back and will still have plenty of firepower on the outside with Markus Wheaton and Martavis Bryant.

As for Roethlisberger, his injury is concerning, but he did lead a game-winning drive against the Bengals while the injury was fresh. Now that he's had time to heal, they won't have problems moving the ball in this one.

ROAD TO SB50: This NEW Steelers Hype Video Will Give You Chills

1) Defense vs. Peyton Manning
It's worth remembering that Manning finished tied for the NFL lead in interceptions, even though he didn't start over the last half of the season. Denver's offense was a bottom-five unit with Manning under center, and with the Steelers holding their last three opponents to 17 points or less, there's no reason to think Manning will suddenly find success against a surging, ballhawking Pittsburgh team.