3 Reasons Why The Pittsburgh Steelers Will Win The Super Bowl 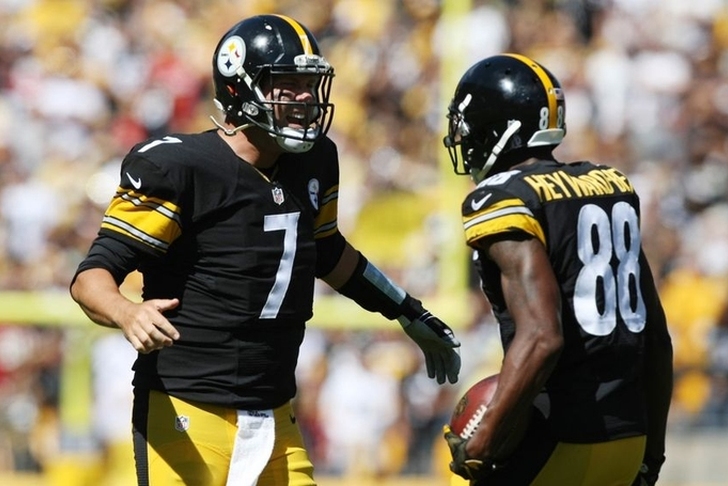 The Pittsburgh Steelers are playing as well as any team in the NFL right now after winning four of their last five games, and look like the Super Bowl favorite we all thought they'd be at the beginning of the season. Here are three reasons why the Steelers will secure a playoff spot and dominate their way to a seventh Super Bowl title:

Pittsburgh is currently out of the playoff picture at 8-5, posting the same record as the Chiefs and Jets for the two AFC Wild Card spots, but the Steelers are the No. 7 seed on tiebreaker. However, the Steelers have now scored at least 30 points in each of their last five games, and if they can keep that up, there's no way they'll miss out on the postseason. Two of those games came against the Seahawks and Bengals, two of the best defenses in the league. There are no signs that they'll slow down anytime soon, and that level of dominance against playoff-caliber defenses will allow them to cruise through January.

The Steelers' defense was a big question mark coming into this season, but they've really come into their own of late and are playing as well as anyone in the league. They've given up 20 points or less in three of their last four games, including two games of 10 points or less while also forcing multiple turnovers in five of their last six games, an ability that will help them swing games come playoff time.

Ben Roethlisberger is one of just a handful of quarterbacks that have multiple Super Bowl rings, and head coach Mike Tomlin has led the Steelers to the playoffs in five of his previous eight seasons in Pittsburgh - including one Super Bowl title and another appearance in the big game. Pittsburgh has a veteran team and a championship culture, which should give them a leg up against the Bengals and Broncos in the AFC race.