3 Reasons Why The Pittsburgh Steelers Will Beat The Cincinnati Bengals 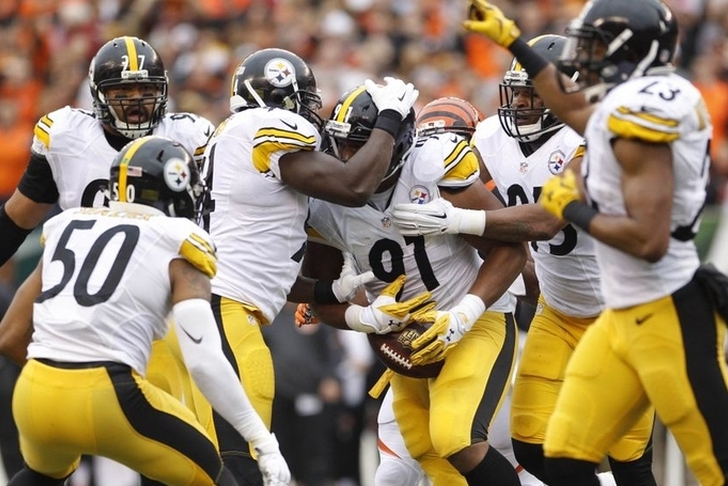 The Pittsburgh Steelers visit the Cincinnati Bengals in the first round of the of the NFL playoffs this weekend, and there's nothing the Steelers would love more than to send their bitter rivals home early while kick-starting a Super Bowl run of their own. Here are three reasons why Pittsburgh will beat the Bengals this weekend:

3) Pittsburgh explosive offense
The Steelers have now scored at least 28 points seven of their last eight (including scoring 33 against the Bengals), and if they can keep that up, there's no way an injured Bengals offense will be able to keep up with them. There are no signs that they'll slow down anytime soon, and that level of dominance will allow them to cruise through this game and beyond.

2) Defense vs. A.J. McCarron
McCarron has started the last three games of the season for the Bengals and is expected to start against the Steelers, which is great news for Pittsburgh. He originally filled in for Dalton in their last game against the Steelers, in which the Steelers intercepted him twice, returning one for a touchdown in a 33-20 win. Though McCarron hasn't thrown an interception since that game, it was clear the Pittsburgh's pressure and scheme really bothered and confused him. If they can throw McCarron off his game again, they'll win in convincing fashion.

1) Cincinnati's playoff history
The Bengals haven't won a playoff game since 1990, including losing in the first round in each of the last four years. That's a lot of demons to shake with a backup quarterback against a division rival that has won more Super Bowls than anyone else in the league. If the game is close down the stretch, expect the Bengals to tighten up and lose the game.