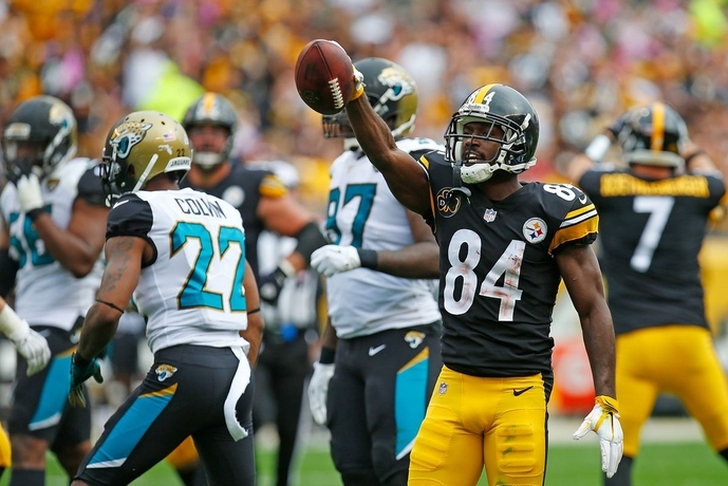 The Pittsburgh Steelers will battle the Jacksonville Jaguars at Heinz Field on Sunday. The Steelers and the Jaguars both won their divisions and will look to continue their seasons with a win. The winner of this game will travel to Foxborough to take on the defending Super Bowl champions, the New England Patriots. The Jaguars defeated the Steelers earlier in the season 30-9 in Pittsburgh and here are three reasons why that won't happen again.

Do you think the Steelers will beat the Jaguars? Tell us your score predictions here Pittsburgh Steelers by Chat Sports

1.) Turnover Battle
The last time these two teams met, quarterback Ben Roethlisberger threw five interceptions and that won't happen again this week. Since that game in Week 5, Roethlisberger has thrown only seven interceptions. A cold game in Pittsburgh is setting up to be a heavy dose of running back Le'Veon Bell who will be fresh and well rested after having last week off. The Steelers defense will force pressure on Jaguars quarterback Blake Bortles, which will lead to poor decisions and plenty of turnovers.

2.) Jacksonville's Recent Struggles
The last three games for the Jaguars are nothing to brag about after they lost 44-33 to the San Francisco 49ers in Week 16 and then lost 15-10 to the Tennessee Titans in Week 17. Limping into the playoffs Jacksonville was lucky to get an easy matchup against the Buffalo Bills who had an unhealthy LeSean McCoy. They were able to win their game against Buffalo scoring only 10 points, which won't be enough against the Steelers on the road and in the playoffs.