3 Reasons Why Le'Veon Bell Is A Future MVP 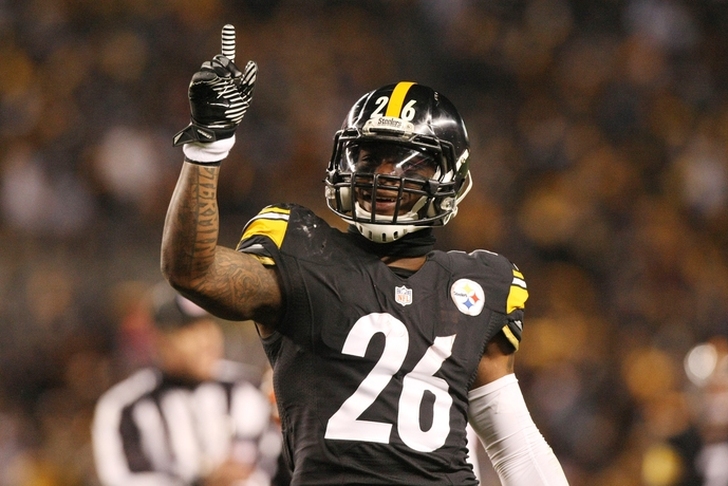 The Pittsburgh Steelers have one of the best, young running backs in the NFL in Le'Veon Bell. He's a budding superstar, although he may already be at superstar status. Bell has the potential to not just be the best RB in the NFL in a few seasons, but also pick up a Most Valuable Player Award. Here are three reasons why Le'Veon Bell is a future MVP.

If Le'Veon Bell was 32 instead of 23, there wouldn't be much of an argument. He's a full two years younger than Eddie Lacy and will continue to improve as a player. There's a real chance that Bell is going to get better during the next few seasons. He's got at least 5 more seasons as a workhorse back. Once he hits 30, all bets are off. However, Bell has enough seasons left that he can snag an MVP in that time frame.

Dynamic On The Ground And Through The Air

Le'Veon is one of the best running backs on the ground and through the air. He can carry the ball 20 times per game and catch 6 passes and call that an average day. There are only a few RBs who can make that same claim. He can stuff the stat sheet enough to garner the needed votes, even if it is a QB-centric league. Ben Roethlisberger puts up great numbers, but if Bell can produce another 800 receiving yard (or more) like he did last season and pair that with a big rushing season, he can win a MVP.

Final Few Of A Dying Breed

Bell is one of the last true workhorse backs. The NFL is moving more and more to a running back by committee approach, which means players like Bell are rare. In the coming seasons, players like Bell who have the vast majority of the team's carries AND can stay healthy like Bell will be few and far between. With a bigger gap between Bell and others, the monster, MVP-caliber season Bell will eventually put together will look even more incredible. And when Bell has that season, he'll take home the MVP Award.