3 Reasons Why The Steelers Can Win Super Bowl 50 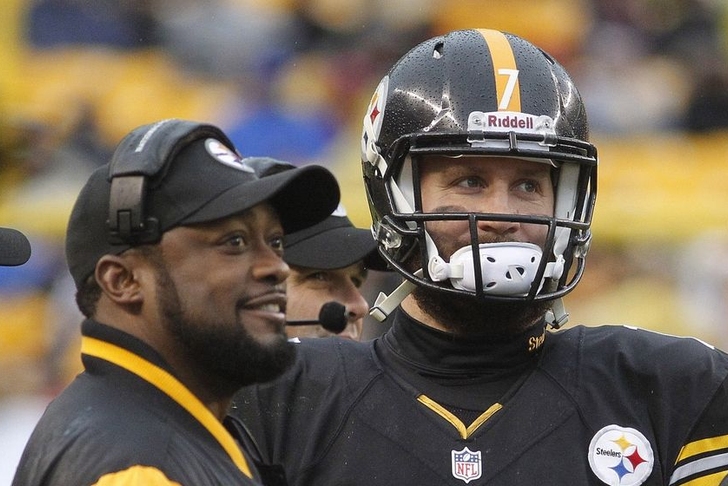 The Pittsburgh Steelers took their rightful place atop the AFC North in 2014, and there’s plenty of reasons to think that 2015 won't be even better. Here's why the Steelers could bring the Lombardi Trophy back to the Steel City next year:

1) Le’Veon Bell Is Here To Stay

Bell will sit out the first three games of the 2015 season as a punishment for his marijuana arrest last year, but can you imagine just how determined he’s going to be to make the team’s last thirteen games his playground. He morphed into one of the most dynamic and explosive skill-position players in the league last season, and he’ll have added motivation to showcase that after his suspension. Bell will be most of Pittsburgh's offense again in 2015, and his continued improvement will take the offense to another level.

Bryant had a good rookie season with the Steelers in 2014 after missing the first six games of the year, but he found a role as a premier red zone target late in the season. He’s due for more playing time in 2015, and with opposing defenses focusing on Antonio Brown and Le’Veon Bell, Bryant should have plenty of chances to be successful. His emergence gives quarterback Ben Roethlisberger a multitude of weapons, turning the Steelers into one of the league's most prolific offenses.

Mark our words — Kentucky pass rusher Bud Dupree is going to be considered an absolute mid-first round steal when he reaches the prime of his NFL career. Dupree headlined a defensive haul for the Steelers in the 2015 NFL Draft, joining corners Senquez Golson (Ole Miss) and Doran Grant (Ohio State) to form one of the best rookie defensive trios of this year’s class. Pittsburgh's defense has been struggling to find an identity in recent years while the unit has undergone transition, but these three will definitely help them find it.