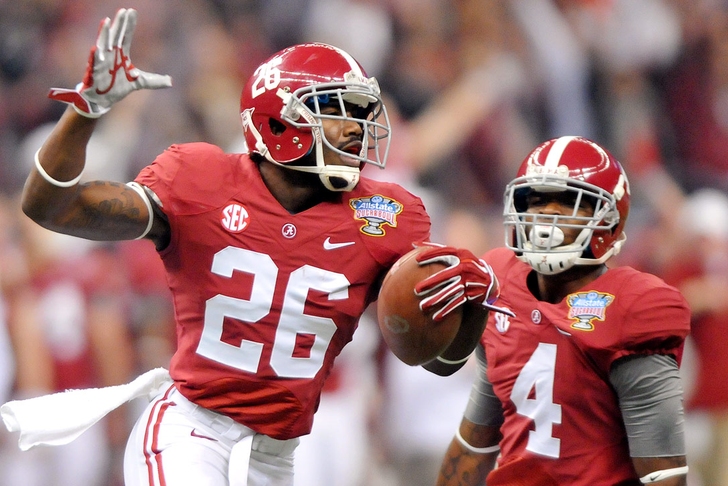 The Pittsburgh Steelers lost to the hated Ravens in the Wild Card Round of the NFL Playoffs, and are looking to improve their roster to get back to the Super Bowl next year. Because of that, they may make a splash on draft day via a trade or draft pick, so while we’re not necessarily expecting any of these trades to happen, we wouldn’t be surprise. Here are 3 draft day trades the Steelers could make when the 2015 NFL Draft rolls around:

Pittsburgh needs a safety, and moving ahead of the Philadelphia Eagles (who also need a safety) at #20 should allow them to draft Alabama's Landon Collins, who is viewed as the best safety in the draft. This move would only be made if Collins is still available at #19, and the Steelers might be able to only give up a 7th-round pick, but it's a move that makes sense.

New Orleans is in prime position to draft one of the top corners or pass-rushers in the draft, but they could use the extra draft pick to help fill all of their needs. Pittsburgh would make this move to draft Michigan State CB Trae Waynes, the top cornerback in this class.

Washington is a team that has a lot of needs, particularly in the secondary. Pittsburgh isn't as desperate for help as much as they need depth, so moving back to acquire more picks would be a good move for them. The Redskins would be in position to draft Washington CB Marcus Peters - who Pittsburgh may draft if they keep their first-round pick - while the Steelers would get to add depth.

Follow our Pittsburgh Steelers team page for all of the latest Steelers news and rumors!