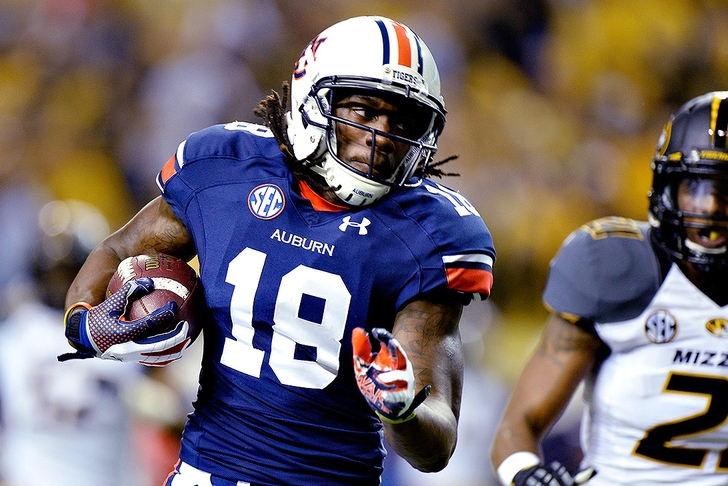 The Pittsburgh Steelers returned to the top of the AFC North in 2014, but fell short of their Super Bowl aspirations after a gutting loss to division rival Baltimore in the AFC Wild Card Round. This team still has championship expectations, and they’ll look to put themselves over the top with a stellar 2015 NFL Draft class. However, drafting the wrong players could very well send them spiraling in the opposite direction. Here’s 3 Players The Steelers Need To Avoid In The 2015 NFL Draft.

Even if the admittedly talented Peters falls to the second round due to character concerns, the Steelers would be better served looking at someone like Wake Forest’s Kevin Johnson or to another position of need. Rather than risking a pick on a player who was dismissed from the Huskies on November 6th following repeated clashes with the program’s coaching staff, the Steelers would be better served finding a cornerback with less baggage attached to him.

He's a ball hawk, yes, but a ball hawk who lacks instinct when it comes to taking correct angles as a tackler. He also has a slight frame for an NFL safety -- making him a severe injury risk down the road if he can't learn to stop gambling when he engages on a hit. The Steelers would be better served finding a safety less concerned about flashy highlight-reel takedowns and more concerned with pure fundamentals.

Pittsburgh shouldn't be drafting a wide receiver in the 1st-2nd round range to begin with, let alone spending a high pick on a one-dimensional player with questionable hands and ball tracking ability. There are plenty of solid options at receiver later in the draft that won’t cost the Steelers a first or second round pick if they're looking to find a spread weapon/potential return specialist. Taking this kind of risk, whether or not Coates falls in their lap in the opening rounds, is not worth it.