2016 NFL Offseason Grade For The Steelers 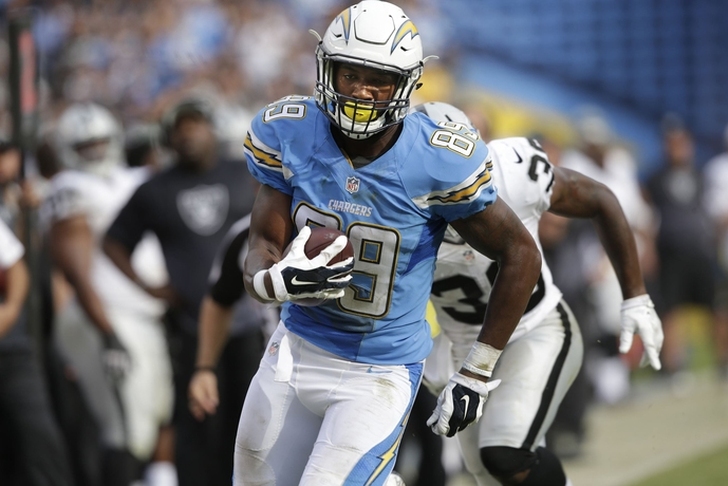 The 2016 NFL offseason is essentially over, which means it's time to grade what the Pittsburgh Steelers did this offseason. Sure, a few more players might be traded, cut or signed, but it's likely the Steelers are finished making move. Below, we have the Steelers' offseason grade, as well as roster moves, what went right and what went wrong.

As for the grading, teams don't get a "B" just for showing up. A "B" is a good offseason, while an "A" is a great offseason. A "C" is not bad in my eyes, it's simply average at best. It's tough to get a "D," since that basically means a team botched almost everything about the offseason. Obviously there is a lot of opinion here, so hit me up on Twitter if you disagree with the Steelers' offseason grade.

What The Steelers Did Well:

Spent Wisely
The Steelers have little cap space, meaning they couldn't go out and throw money at free agents like the Oakland Raiders or Jacksonville Jaguars. They had to be smart in how they spent their money, and they did that this offseason. Landing TE Ladarius Green on a four-year, $20 million deal look smart right away and was downright brilliant after other tight ends received bigger pay days. The Steelers correctly brought back William Gay while letting the awful Antwon Blake leave. Picking Ramon Foster over Kelvin Beachum was a tough decision, but it was the right one. Perhaps the best move the Steelers made was not extending the contract of Lawrence Timmons. He's taking up $15.1 million in cap space this year, but rather than extend a player on the decline to free up money this year, the Steelers wisely bit the bullet this year.

Helped Out CB
The Steelers had a major need in the secondary, especially with Gay a free agent. Gay played well last season and will once again be the No. 1 CB. Ross Cockrell has some potential, although the Steelers are hoping first round pick Artie Burns can fight for a starting job. Second rounder Sean Davis will likely move to safety and will also fight for a starting job. The Steelers didn't have many ways to add help in the secondary, but they did they best they could.

What The Steelers Didn't Do Well:

Taking Artie Burns
I really didn't like the selection of Burns in Round One. He has potential for sure, but I had other corners rated above him. The Steelers wanted William Jackson, but the Bengals stole him one pick earlier. This is a bit nit-picky, but the Steelers could have done better than Burns, even if picking a CB was the right move.

Left Tackle Is A Major Issue
Losing Beachum hurt, although at least they kept Foster. But now left tackle is a major question mark. The Steelers took a flier on the injury-prone Ryan Harris, who's better at RT anyway. Alejandro Villanueva might be the starter, but he's prone to giving up sacks. He's best as a swing tackle, not the starter on the blind side. The Steelers took Jerald Hawkins in the fourth round, but he's a few years away from helping out. The Steelers better keep Ben Roethlisberger healthy, because the backup situation is not great. Landry Jones is terrible and although Bruce Gradkowski is back, he hasn't even thrown a pass since 2012 in a regular season game.

Grade: B+
The Steelers were limited by their lack of cap space, which prevented them from making a ton of moves. But considering what the Steelers had to work with, this was a solid offseason for the Steelers. I don't love every move they made, but Steelers fans should be pleased with what Pittsburgh was able to do.