2015 Steelers Training Camp: What We Learned This Week 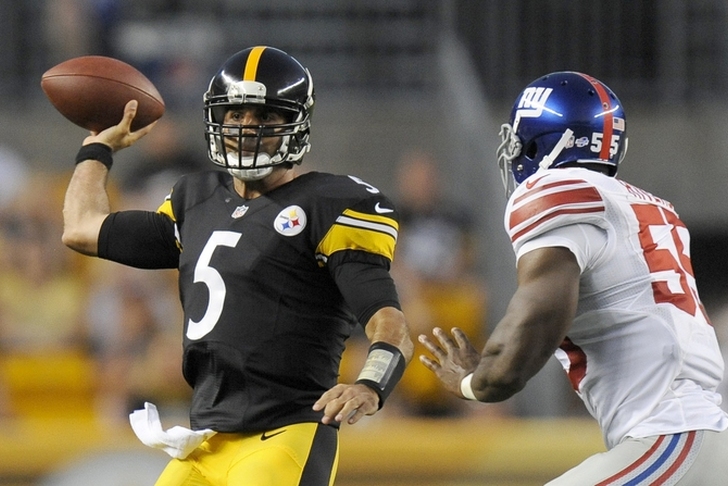 The Pittsburgh Steelers are knee-deep in training camp right now with the first two preseason games of the slate now out of the way. We're here to get you up to speed with the goings-on in camp with 2015 Steelers Training Camp: What We Learned This Week.

Bruce Gradkowski Is Back

Third-string quarterback Landry Jones has been less than efficient in his first two preseason games, going 39-of-78 for 328 yards with one touchdown and one interception. Jones' performance has led to some uneasiness in Pittsburgh in recent days when it comes to putting together an insurance plan behind Ben Roethlisberger.

The team activated veteran backup Bruce Gradkowski off the physically unable to perform list on Sunday, meaning his shoulder injury has healed and the 10-year veteran can start practicing today. He should see game action next Sunday for the team's preseason home game against the Green Bay Packers.

The Steelers Are Thin At Safety

"Several safeties have missed training camp time with minor injuries, and the cracks are starting to show. The safety help was sluggish Friday night against Jacksonville. The rust is understandable. Now, expect Shamarko Thomas and Mike Mitchell to start practicing together with the first-team defense."

The Steelers suffered through injuries in the secondary for most of last season, so this year's training camp/preseason woes have to be alarming for the coaching staff.