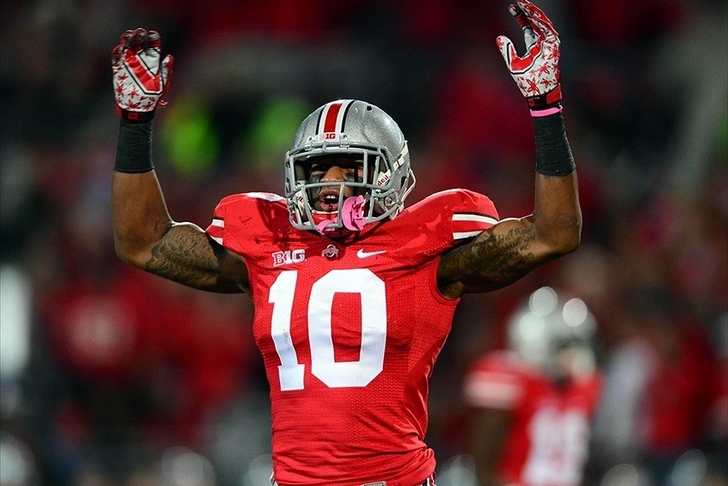 With the 15th overall pick in the 2014 NFL Draft, the Pittsburgh Steelers have selected Ryan Shazier out of Ohio State.

Ohio State’s Ryan Shazier was a Butkus Award finalist in 2013, leading the Big Ten with 134 tackles and 22.5 tackles for a loss while starting all 13 games at weak-side linebacker for the Buckeyes. The OSU team captain also added six sacks, four passes defensed, and four forced fumbles. Shazier led all players with a 42-inch vertical jump at the NFL Combine, showing breathtaking speed for a linebacker as well with a 4.40-second 40-yard dash.

Shazier has a magnet-like quality when it comes to getting to the ball, showing equal proficiency against both the run and the pass. His agility gives him an edge when it comes to shedding blocks, and his explosiveness comes through in both his ability to shoot the gap and his vicious tackling ability. Shazier can turn on a dime and possesses the sheer athleticism to cover skill positions in the open field.

Check out Ryan Shazier's  highlight video for a closer look into what he brings to the Steelers: