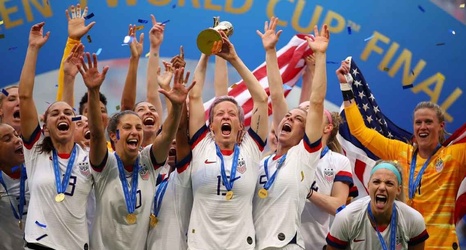 The unions for the United States men's and women's national soccer teams have ratified new collective bargaining agreements with U.S. Soccer that include an equal split of World Cup bonuses, the federation and the two unions announced on Wednesday.